A three-legged German Shepherd found a loving forever home with a veteran who lost a leg during an overseas deployment.

A viral TikTok video shows the dog’s new guardian adopting him at the Inland Valley Humane Society. In the video, the dog excitedly wags his tail as he anticipates his pet parent’s arrival. The pair then can be seen bonding, with the man’s rolled-up jeans exposing his prosthesis.

“We wish them the best on their future adventures,” the video ends, as the duo exit the shelter’s gates together.

The German Shepherd had originally limped into the shelter with a fractured front leg, which veterinarians amputated. He spent a month at the rescue before finding his perfect match.

In just four days, the heartwarming footage has garnered over 3.6 million “likes” from viewers around the world. The video also brought countless internet viewers to tears. 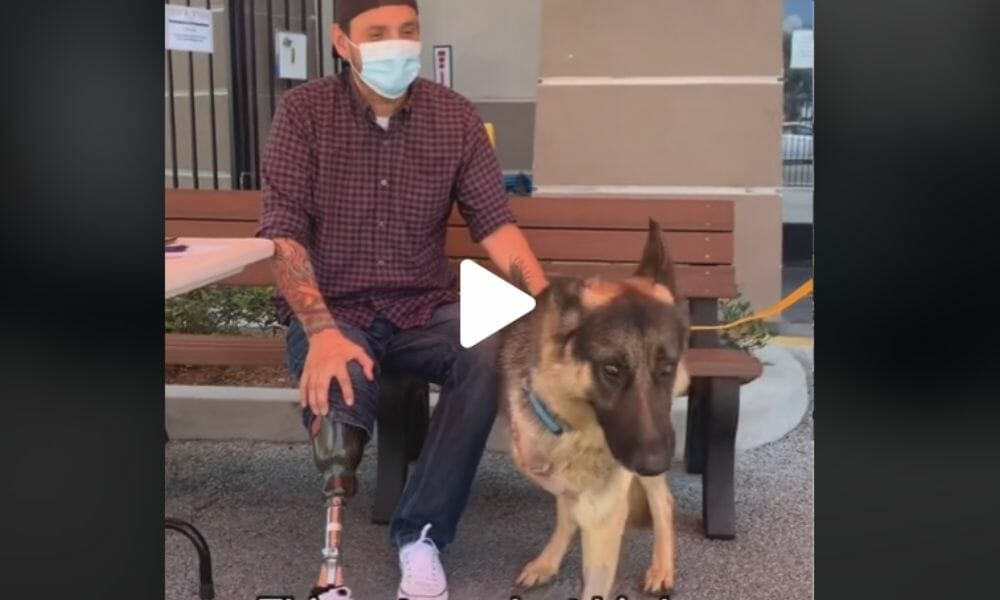