VIDEO: Dog Who Spent Days Under a Shed During a Tornado Finds New Forever Home

Home » Animals » VIDEO: Dog Who Spent Days Under a Shed During a Tornado Finds New Forever HomeBy Katie Valentine | May 14, 2021

Nicknamed “the tornado dog,” Beacon spent three days trapped under a demolished shed, his injuries so severe that he wasn’t able to stand when rescuers found him.

Those terrifying days are behind Beacon now, though.

After receiving life-saving veterinarian care for more than a month at Montevallo Animal Hospital in Alabama, Beacon flew cross country to the airport in Brooksville, Fla., and then was driven to the Suncoast Animal League in Palm Harbor, where vets treated him for heart worms.

After he had recuperated from his trip, the shelter placed Beacon with a foster-to-adopt family. Less than a week after living with him, Beacon’s foster dad fell in love with the pooch and decided he was “100 percent wanting to adopt him,” according to a Suncoast Animal League Facebook post.

The new pet parent eagerly asked about next steps in the adoption process and for information about Beacon’s veterinary needs, then shared some photos reflecting the deep bond the family has already formed with the dog.

“He is so loving and good,” his soon-to-be guardian exclaimed.

Now Beacon can enjoy his days on the beach in the hot Florida sun, a much-deserved reprieve from what he experienced only a couple of months ago. 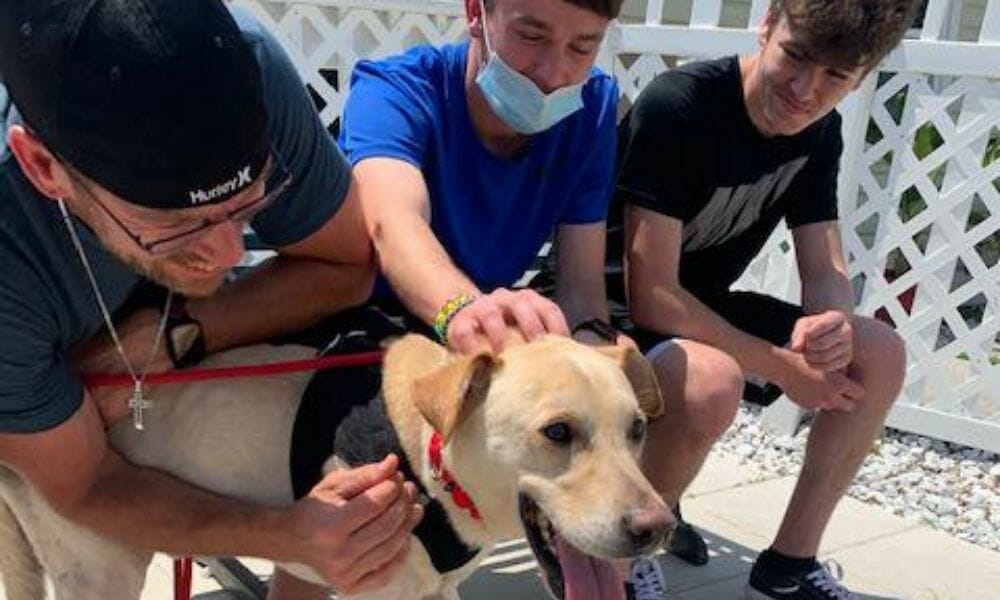