Kevin Coachman, blind man from Harvey, Ill., is relieved to have his guide dog, Lucca, back after he was stolen from his backyard by a few local teens.

“I got him home, and I took him straight to the backyard while I went in to feed him and get him water,” Coachman told ABC7, “and when I came back out, my dog was gone.”

This was a devastating loss for Coachman, who completely lost his eyesight after being shot during a carjacking. He had been relying on the German Shepherd to help him get around since last year.

Thankfully, Lucca’s absence was short-lived. One of the thieves realized the wrongdoing of his actions and personally returned the blind man’s dog.

“I was sitting right here,” recounted Coachman, “and he walked up and gave [the dog] to me and told me his name and told me what he was doing.”

“I’m so glad to have my guide dog back,” he continued, “my friend, and my eyes.”

Community members joined in the excitement that Lucca and his guardian are reunited, stopping by Coachman’s house with gifts of dog food and well-wishes.

Meanwhile, Coachman has no hard feelings and wants to reward the teen for doing the right thing and returning his dog.

“When you do right,” he said, “right will prevail.” 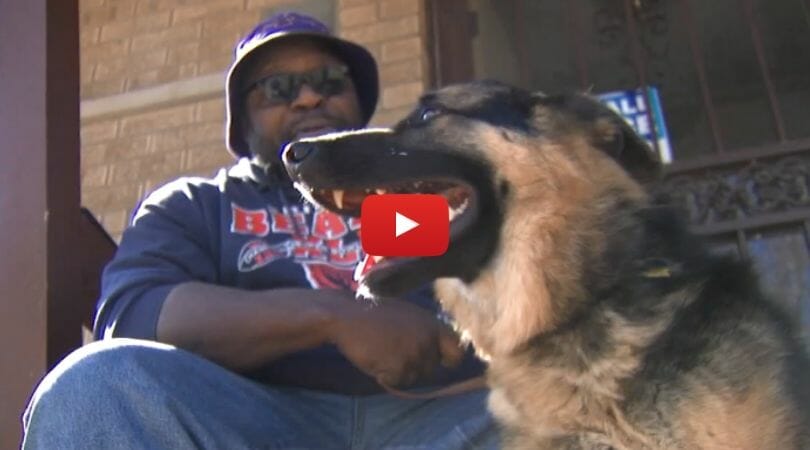