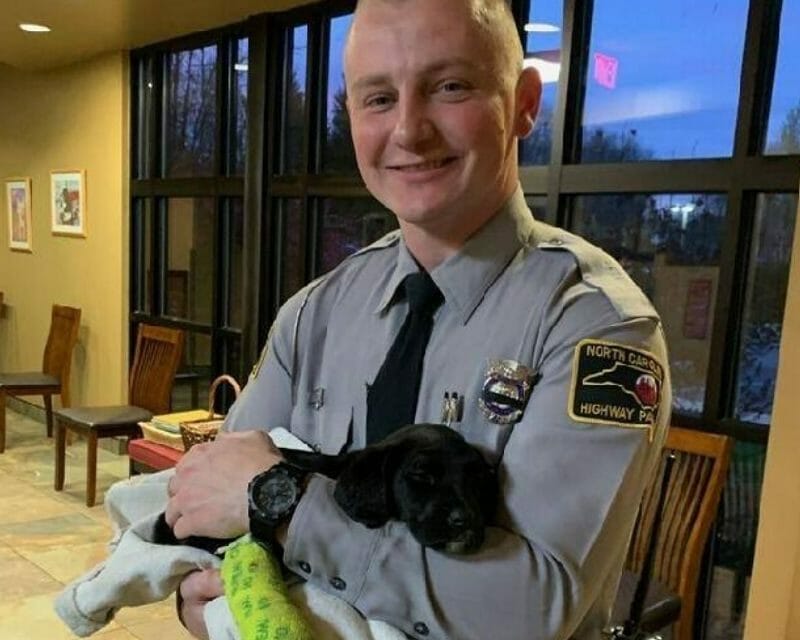 Emory, a puppy injured in a car crash last month, found a loving forever home with one of the North Carolina state troopers who responded to the accident.

In late March, a camper shell, or rigid canopy used to cover a truck’s bed, blew off on Interstate 26 in Henderson County, and the dog kennel Emory was riding in slid out onto the highway.

State troopers Johnathan Maybin and Tony Osteen reported to the scene and found the pup motionless, but breathing. They wrapped her in a towel and rushed her to Western Carolina Regional Animal Hospital, where veterinarians treated her for bruised lungs, a broken front leg and tail, and a fractured tibia.

Trooper Maybin, who said he fell in love with Emory at first sight, decided to adopt her after nobody came forward to claim the lost puppy. He also generously covered all her medical bills, and Emory is expected to make a full recovery. She’s currently relaxing at home, ready to start a new chapter in life with her loving guardian.