Atlético San Luis’s right-winger, Germán Berterame, picked up the seemingly lost canine, carried her off the field, and left her with a security guard. Tunita fled the scene after the game resumed, but Berterame and his team, determined to find the impromptu visitor again, appealed to social media for help.

They found the pup two days later and adopted her. She joins two other rescued dogs, La Güera and Canela, as their latest mascot.

This adorable video highlights the beginning of Tunita’s new life with Atlético San Luis and her canine siblings. She can be seen at the game, “training” on the field and kicking the ball around with her new family. 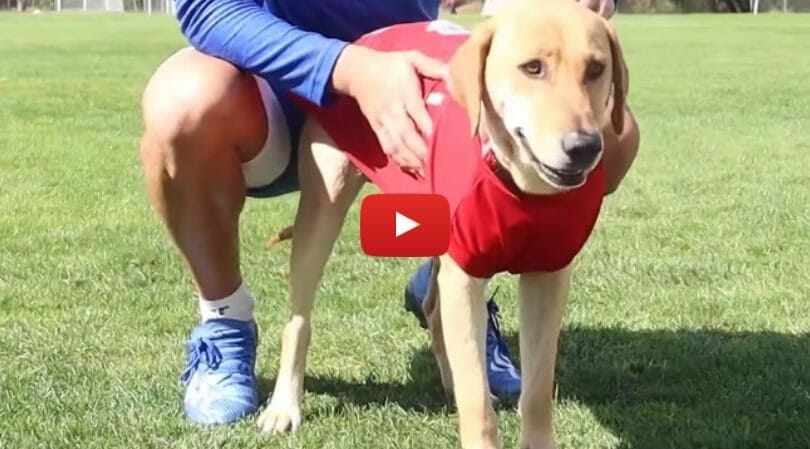