This heartwarming video from Project Chimps shows once-captive chimpanzees going outside for the first time in their lives. The chimps were rescued from labs, where they were used for cruel medical experiments.

Some chimps are hesitant to go outdoors at first, but receive encouragement from their more-eager friends. Once in their new environment, they embrace one another and shriek with excitement.

Chimps used for medical experiments are confined to small cages and deprived of interaction with other chimps. Because chimpanzees are highly social animals, this isolation has a devastating effect on their mental health, causing depression, anxiety, trauma, and self-harm. Additionally, lab chimps are subjected to painful procedures, force-fed toxic drugs, and injected with disease. One Humane Society investigation discovered the routine use of dart guns and restraint chairs as mechanisms for sedation.

Steps have been taken in recent years to put an end to this cruel treatment, starting in 2015 with the classification of all captive chimpanzees as “endangered” by the U.S. Fish and Wildlife Service. Although the practice has yet to be eradicated completely, this change marked a turning point in biomedical experimentation by putting an end to invasive procedures on chimpanzees in the U.S. Lab chimps are finally now being relocated to sanctuaries, where they are able to engage in natural behaviors and socialize. 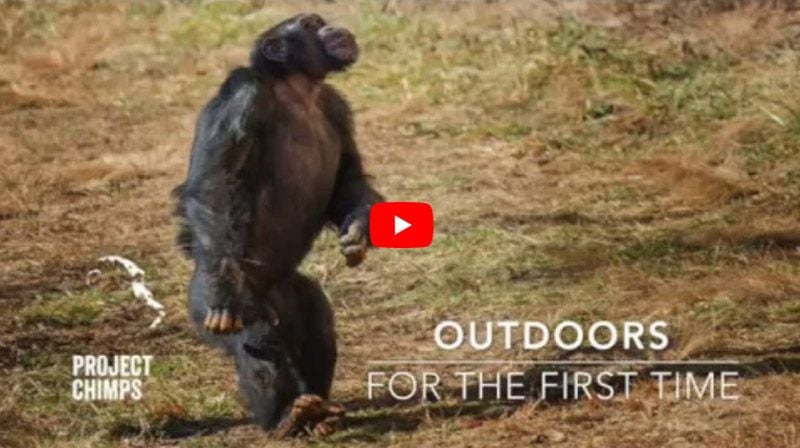