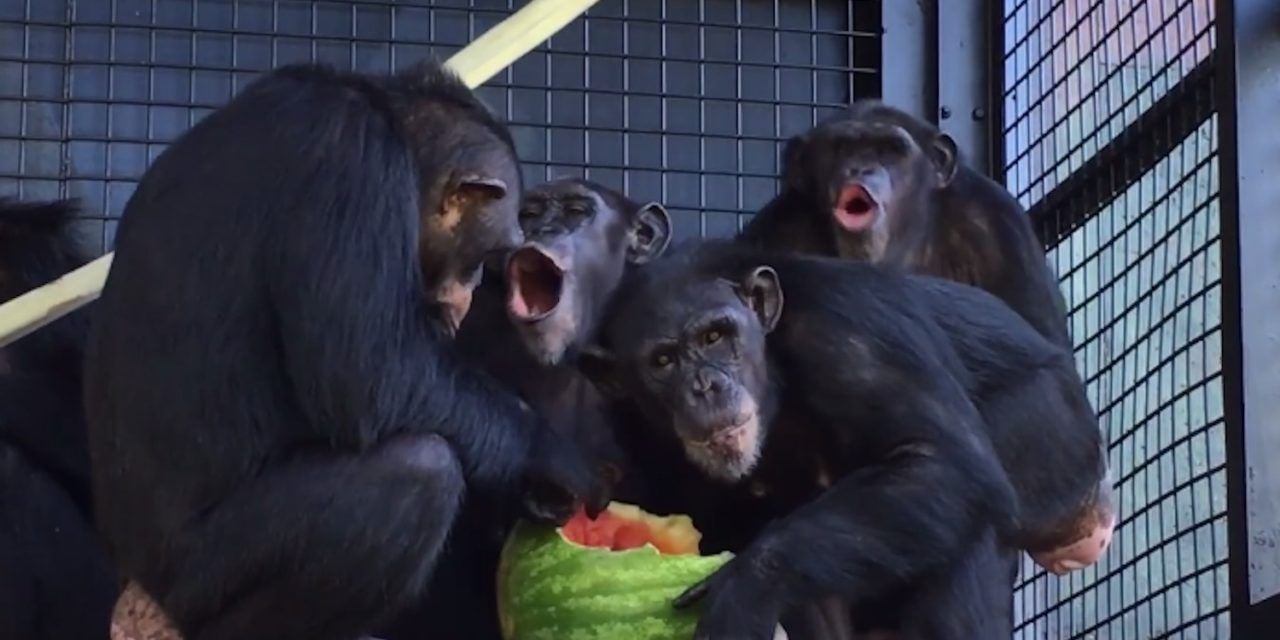 Just weeks ago, these rowdy bunch of chimpanzees were held captive at the University of Louisiana’s New Iberia Research Center, where they and more than 200 fellow chimps were in danger of undergoing government-funded lab experiments.

After years of negotiations, the primate crew was finally granted their freedom and released into the compassionate hands of Project Chimps, a new sanctuary that was created just to provide housing for the victims  of the New Iberia lab.

When sanctuary workers offered the rescued chimps their first taste of watermelon, the juicy fruit was an instant smash (no pun intended).

Even more fascinating than their joy is their sense of cooperation. One chimp could have easily run off with the watermelon to hoard it for themselves. But nobody did.

“They were all so polite with each other and shared the watermelon,” said sanctuary workers on Facebook.

This is just the first batch of rescued chimps that will call Project Chimps home. A whopping 211 more will be slowly transferred from the research center — and soon they, too, will know the joy of watermelon.