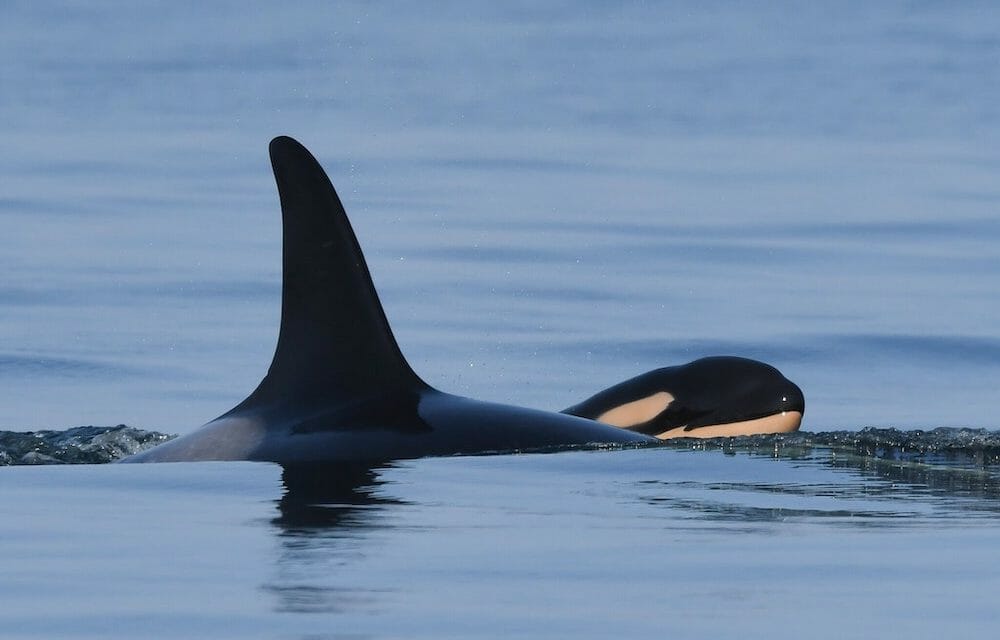 Tahlequah, the famous female orca who made headlines for carrying around her deceased calf for 17 days, recently gave birth to a healthy, robust, and lively calf.

News broke of Tahlequah’s pregnancy in July, and her new calf was born in early September, offering renewed hope for the South Resident orca species, which experiences a high rate of failed pregnancies — around 40 percent of calves die within a year after birth, according to the Center for Whale Research.

“It’s a bit of a nail-biter right now,” whale researcher Dr. Deborah Giles told the New York Times. “I can’t help but be thrilled that she had this baby and this baby didn’t die right away. Everybody is worried and on pins and needles, wondering if this calf is going to make it.”

Thankfully, Talequah’s baby appears to be in great spirit, and researchers are observing the pair swimming together, said Center for Whale Research founder Ken Balcom, who has high expectations for the calf’s survival. Even so, researchers will keep a close eye on the the newborn.

“We are really encouraged she carried [her] to term,” John Durban, senior scientist at Southall Environmental Associates, told the Seattle Times. “And hope our continued monitoring shows [her] to be in good condition, and [to] document [her] growth.”

Tahlequah drew researchers’ attention in 2018 when she traveled for over 1,000 miles with her recently deceased baby in a heartbreaking act of mourning. As the lifeless calf kept sinking to the bottom of the ocean, the grieving mother repeatedly pushed the body to the water’s surface, while other pod members joined her in saying “goodbye.” The baby had tragically only lived for half an hour.