Mechanics at a Midas in Frankfort, Kentucky encountered a unique problem last Wednesday: a kitten trapped in the frame of a Honda Accord. D. Scott Bourne, the owner of the business, had never seen anything like it throughout his lengthy career in the automotive industry.

The Midas team learned of the kitten’s predicament when the owner of the Hardee’s restaurant next door came over and asked for their help removing the ensnared feline from a customer’s undercarriage.

They immediately began working to free the distressed kitten, who had been stuck for several hours, from a hole in the car’s subframe. With the help of a fireman, some “elbow grease” and some soap, the mechanics safely and successfully extracted the animal.

The kitten was taken to a veterinarian, where she received a clean bill of health despite being tired from the ordeal.

Midas of Frankfort proudly reported the rescue in a Facebook post that has since gone viral. The post states that once her shots are up to date, they’ll hold a naming contest and begin looking for a forever home for her! 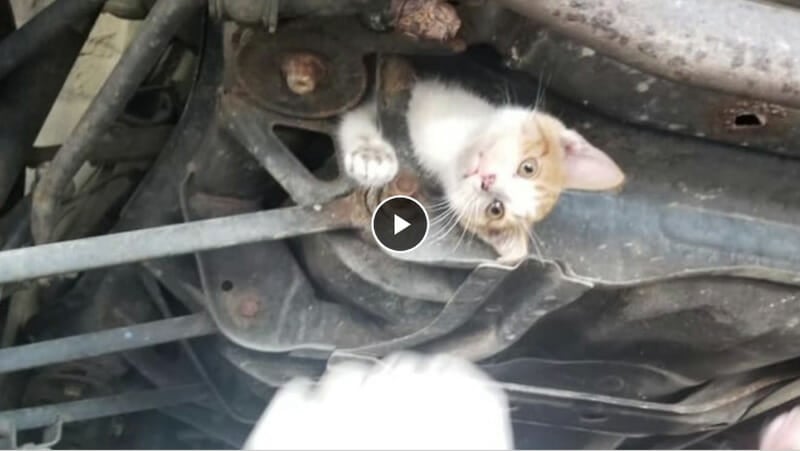