Four monkeys reportedly ripped from the wild as babies and illegally trafficked as “pets” in Peru rejoiced at their release to a sanctuary in the Amazon, a multi-agency rescue spearheaded by nonprofit Animal Defenders International (ADI).

In the 3-minute video, the monkeys — now named Chepa, Otto, Matias, and Pirate — have different reactions when their carrier doors open to the leafy green enclosures of the Pilpintuwasi Amazon Animal Orphanage.

One monkey immediately grabs hold of a stalk nearby and starts climbing. One monkey cautiously surveys the new environment, keeping low to the ground. Another monkey jets out of the carrier and runs off, tail held high.

They all seemed to enjoy the banana-like fruits offered by ADI staff, as the camera then captures them happily chomping away.

Two had been seized by the Servicio Nacional Forestal y de Fauna (SERFOR) — Peru’s wildlife officials. The other two had been found abandoned at restaurants, ADI said in a press release.

The primates underwent health and wellness checks before the arduous rescue mission from Lima, the capital of Peru, across roads and rivers to the ADI sanctuary, built in 2015 following a national ban on circus animals.

The sanctuary now is home to nearly 50 other monkeys and coatimundi, rescued from circuses or the illegal wildlife trade, who inhabit the seven enclosures which have numerous trees and a stream running through them.

The four newcomer monkeys couldn’t be released to the wild but will be able to spend the rest of their days in peace as part of a capuchin family, said ADI President Jan Creamer.

“We could not release them back into the wild, but we have given them the next best thing, a sanctuary home in their natural environment,” she said. “What must the four little capuchins have been thinking as they heard the sounds of the forest burst into life that morning and the air filled with the calls of other monkeys, smelt the lush, damp vegetation, saw the cage door open and the forest beckon, and touched and tasted the leaves of the plants?”

Lady Freethinker thanks all agencies and individuals who helped give these monkeys the happier and healthier home that they deserve. 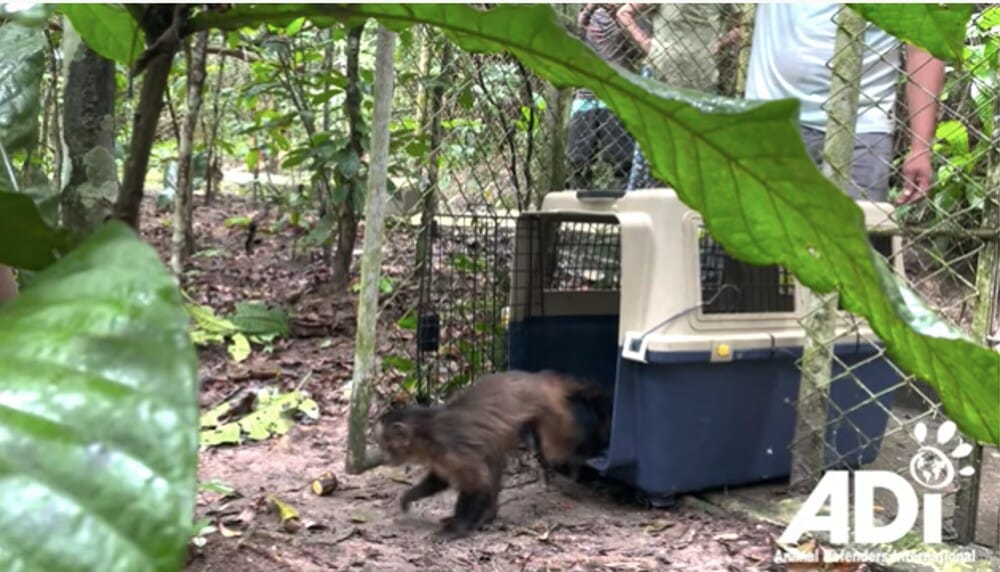