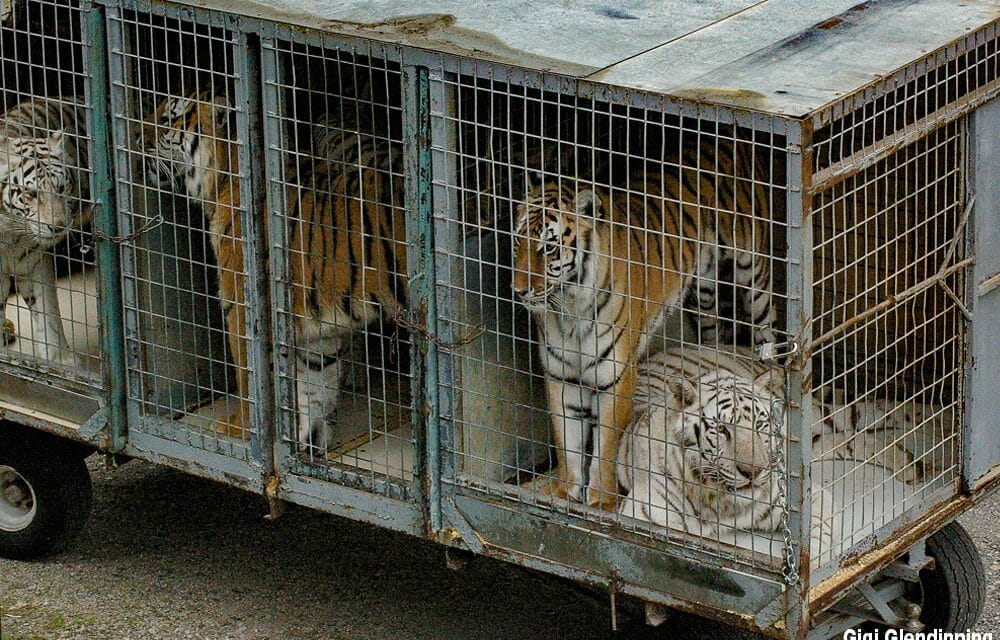 A bill to forever end cruel and crippling traveling circuses in the United States has been re-introduced, with bipartisan support and significant celebrity backing.

The Traveling Exotic Animal and Public Safety Protection Act, which would ban the use of wild and exotic animals in circuses, was introduced in mid-November by Reps. Raúl Grijalva (D-AZ) and David Schweikert (R-AZ) as H.R. 5999, and in the Senate by Sen. Robert Menendez (D-NJ) as S3220.

The bill is currently backed by 37 original co-sponsors and several celebrities, including Actresses Kim Matula, Chloe East, and Jorja Fox.

If passed, this critical and life-saving legislation would help end helpless elephants from being chained and prodded with bull hooks, tigers from jumping through flaming hoops and enduring extreme confinement off-stage, and bears from performing unnatural handstands for people’s “entertainment” through traveling shows.

Grijalva said he supported the bill given anticipated benefits for animals, human circus-goers, and human performers who would no longer have to compete with the cruel acts.

“Traveling animal acts deprive exotic and wild animals of their basic dignity and create a safety hazard for the public,” he said. “There’s nothing entertaining about seeing animals suffer and the vast majority of Americans agree.”

Shweikert added that those wishing to encounter the elegance of wild animals should observe them in their natural environments, “not jumping through hoops and dancing for us.” Menendez agreed that the “so-called entertainment has no place in 21st century America.”

“It’s well-past time that Congress update our federal laws, and the Traveling Exotic Animal and Public Safety Protection Act is our opportunity to do just that,” he said.

More than three decades of examples have proven that wild animals can’t have their physical and psychological needs met by the extreme confinement, in barren environments, for long stretches of time, inherent in traveling shows, said Animal Defenders International (ADI), a nonprofit that provided evidence and assistance with the bill.

“The first thing that anyone who goes to a circus involving animals needs to understand is that they are paying for cruelty,” ADI President Jan Creamer told Lady Freethinker. “There is no circus that gives any kind of life worth living to wild animals. The animals are not there because it’s a place they want to be.” 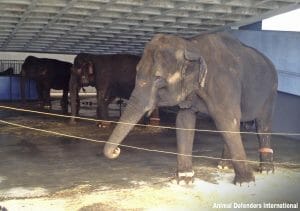 In voicing her support for the bill, actress Matula said she can’t look at circuses without thinking of the cruelty involved.

“I can’t look at the circus without thinking of animal abuse, of bullhooks and beatings, and isolation and fear, and young ones being ripped away from their mothers all because someone wants to see that animal do a handstand,” she said during a virtual launch event for the bill. “Today we can make the decision to legally end the suffering forced onto the animals who never got to have a say. And in doing so, give the opportunity to human entertainers, who do have a say, and who, trust me, want nothing more than to perform.”

ADI has partnered with numerous human performers on the film “Reluctant Entertainers” to highlight the benefits to animals of ending cruel traveling shows, and to underpin that Congress should “leave the entertaining to those of us who want to perform,” according to an ADI press release.

That message resonated with actresses East and Fox.

“We have such an incredible entertainment industry here with movies, television, the performing arts, and so much more,” East said. “We just don’t need animals to be abused in the name of entertainment.”

Fox added that while some people may think circuses are “educational,” all they really do is teach people how not to treat animals.

“They set a terrible example, that it’s okay to keep animals in cages and on chains and deprive them of a natural life, of social interaction, of enrichment, of families, of sustainable habitats,” she said. “All of this simply for people’s amusement.”

More than 100 jurisdictions in 34 U.S. states already have decided to ban or restrict traveling shows, while numerous state-wide bans exist — including in New Jersey, Hawaii, Colorado and California.

Those who want to speak up today for circus animals are encouraged to take the following action steps, as described on ADI’s website here: