Herman the duck was trapped all alone in a filthy, rusty cage — and had never paddled in the water or lived anything like a normal duck.

Then, PETA workers convinced Herman’s owners to let them take him. They provided him with a forever home on a vegetarian farm, where he took his first dip in a small container of water. His swim was caught on camera – and he took to the water immediately!

Herman now looks much healthier and has graduated to paddling in ponds – -where ducks belong. He even has a best friend, Silver, and they love swimming together.

Herman’s story reminds us that animals aren’t mere objects, but are living creatures that deserve to be treated with dignity and compassion. Remember, pet ducks are often a decade-long commitment that require plenty of water and space, as well as the company of other ducks.

We wish Herman a long, happy life at his beautiful new home! 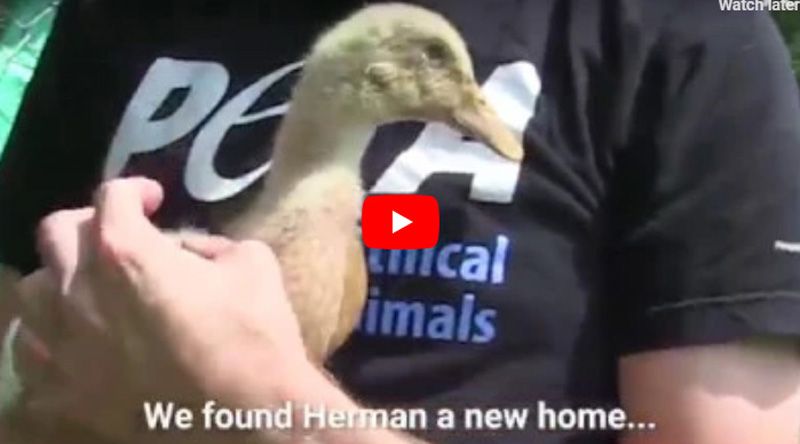