VIDEO: Dog Rescues Another Dog from Drowning in the Pool

Home » Animals » VIDEO: Dog Rescues Another Dog from Drowning in the PoolBy Katie Valentine | May 18, 2018

Smokey the dog recently found himself in a terrifying situation. He fell into a backyard pool and struggled to keep his head above water. The distressed dog’s buddy, Remus, wasn’t sure what to do at first, pacing alongside the pool as his pal frantically tried to stay afloat.

Soon, Remus jumped into the water to save his friend. As Smokey unsuccessfully tried to lift himself out of the pool, Remus came up behind him to give him a boost. A few seconds later, Smokey was safely out of the water. Remus nonchalantly jumped out of the pool and the two dogs resumed their day as usual.

The incident was caught on home surveillance footage by Smokey’s owner, Laurie Becerra, who was so proud of Remus that she posted the video on Facebook. Becerra was so moved by Remus’s heroic act that it brought her to tears.

Indeed, Smokey is lucky to be alive. If Remus hadn’t been there to rescue him, the Becerras may have lost their beloved canine companion forever.

To ensure that the alarming incident never repeats itself, Smokey now wears an orange life vest when his owners aren’t home.

The touching story of his rescue reminds us that dogs can be heroes, too! 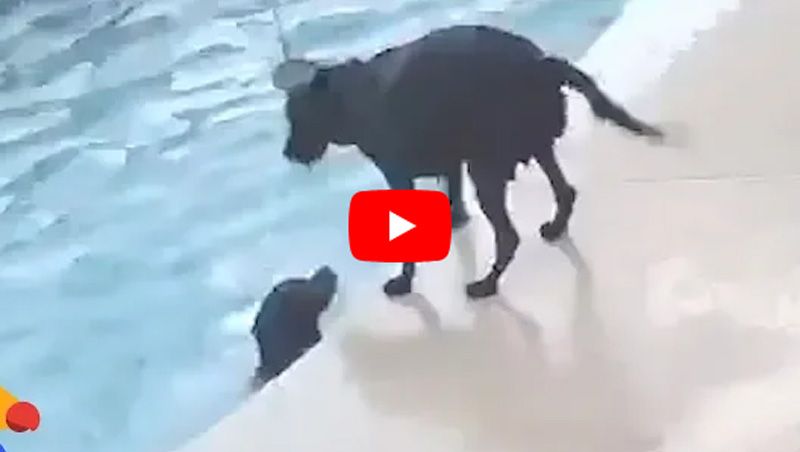