An abandoned and malnourished dog spotted near a busy highway is now safe, after traffic ground to a halt and an Indiana state trooper rescued the pup.

Someone had dumped the animal from a van onto the side of I-65, according to witnesses. Motorists stopped their vehicles and summoned law enforcement while the dog ran in the road.

Sadly, the dog was very thin and appeared to be neglected, ABC 7 Chicago reported.

With help from motorists, State Trooper Allison Marlowe coaxed the dog to safety with treats. She named the pup “Grace” and took her to a shelter for treatment and to help find her a loving forever home.

When it comes to rescuing animals, it’s been a busy month for Indiana State Police. Just days after Grace was rescued, Sgt. Stephen Wheeles discovered two healthy kittens in a pet carrier along the same highway. He let the kittens out of the cage, gave them some water, and took them into his patrol vehicle.

A trooper agreed to adopt the pair unless a guardian steps forward to claim them, according to a Facebook post by Wheeles, who is accepting name suggestions from social media users.

Lady Freethinker applauds the motorists who stopped for the dog and state troopers who sprang into action to save these animals, giving them a much-deserved second chance at life. 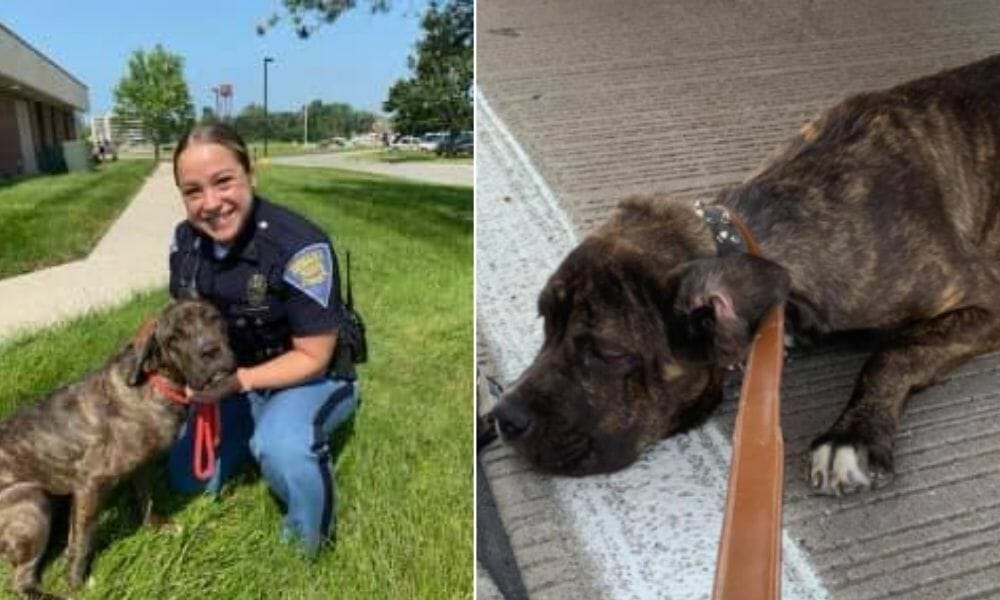