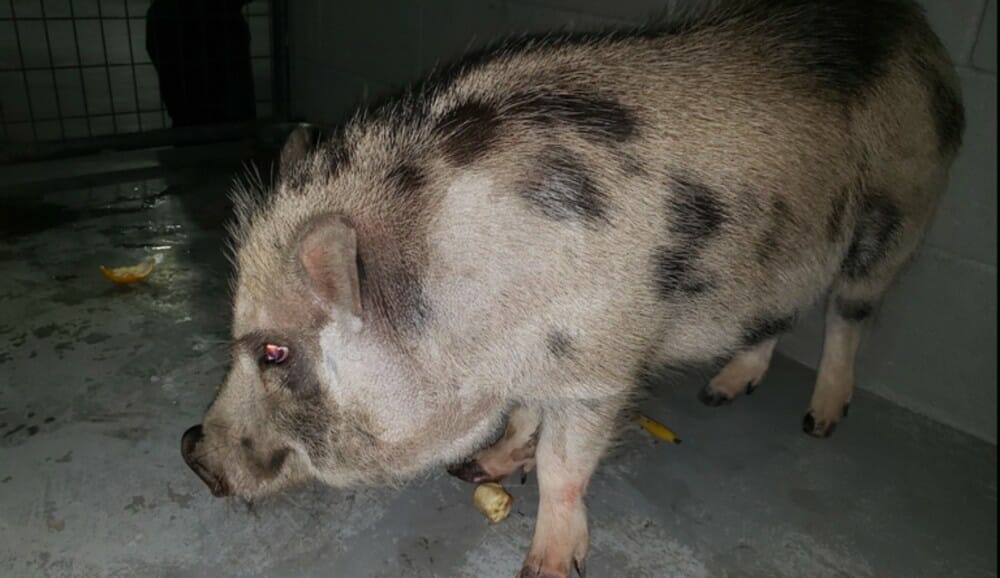 Deputies in Columbia, S.C., recently responded to an unusual call for help that catapulted them into rescuing a pot-bellied pig.

An industrial plant worker who witnessed a car pull over, unload a large pig, and drive away reported the incident to the Richland County Sheriff’s Department. After a small struggle, deputies rounded up the abandoned and disoriented pot-bellied pig and took him to the station, where they fed him and housed him in an empty K9 kennel.

But the pig’s journey didn’t stop there.

“Word traveled quickly through the department that the wayward pig was in need of a good home,” said Deputy Sara Blann.

Investigator David Pitts, who lives on a small farm outside the city, stepped up and adopted the pig, whom he named Harold.

Pigs, like dogs, are intelligent and social animals. But unlike most dogs, pigs can grow to weigh 200 pounds and require caregivers who are dedicated and knowledgeable about their needs. An estimated 90 % of all pigs adopted in the United States are later taken to a rescue or sanctuary, particularly when they grow larger than the “teacup” size they are as piglets, according to some news reports.

Lady Freethinker encourages all prospective pet guardians to learn about companion animals’ needs prior to bringing a four-legged friend home to ensure that the animals’ well-being — and their own — will be priority.