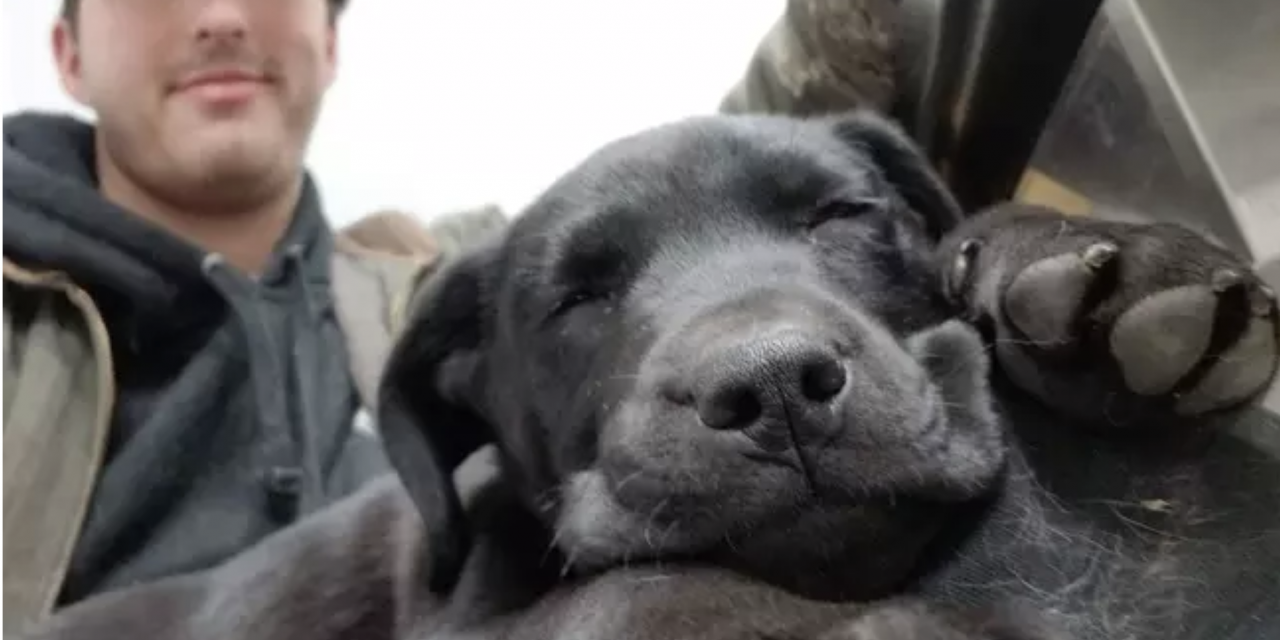 A hearing-impaired man from Maine named Nicholas Abbot found the perfect canine companion after hearing that a deaf black lab puppy named Emerson was up for adoption.

Emerson got a rough start to life. At just eight weeks old, he suffered from parvovirus. He was also born deaf and may be visually impaired.

A few days after seeing a post on the rescue group’s Facebook page about Emerson, Abbot traveled to meet him. They instantly took to one another, and Abbot knew he was meant to provide the special needs pup with a loving forever home.


Emerson has settled comfortably into his new home. Abbot is teaching the pup visual commands and sign language for tasks such as sitting and lying down, and reported that Emerson an excellent learner.

This heartwarming story reminds us that every homeless animal has a perfect match, regardless of their setbacks.