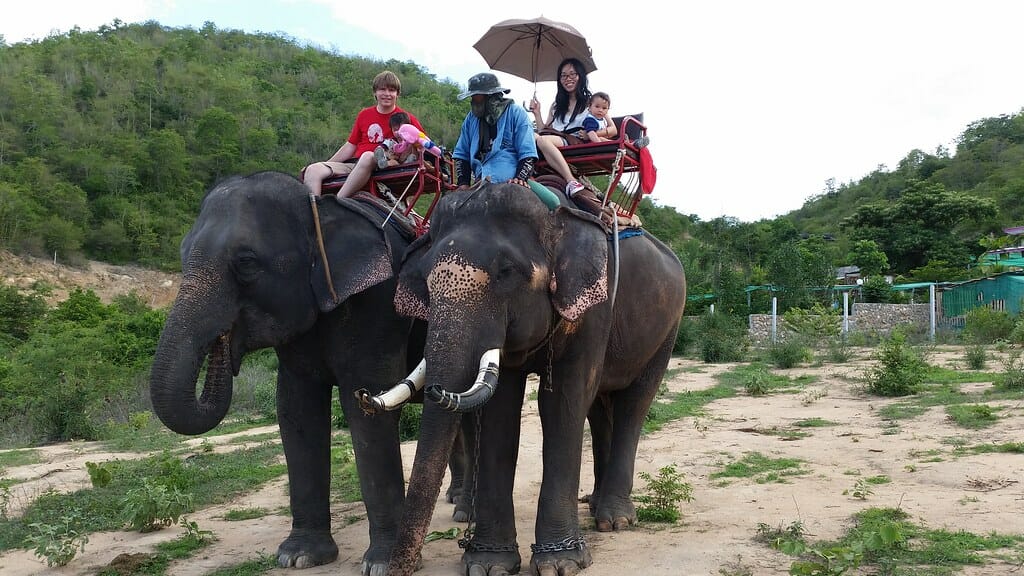 The Idduki District in the state of Kerala, India, has ordered nine facilities to stop offering elephant rides. Collectively, these firms own a total of 43 elephants and have been operating without the correct permission and documentation.

While elephant riding isn’t fully illegal in Kerala, it is not permitted for commercial operations, or without permission from the Animal Welfare Board of India.

After an inquiry last year revealed these sites did not have the appropriate certification, the office of the District Collector recently ordered them to stop operating these inhumane interactions.

The District Collector has requested the Assistant Forest Conservator to continue inspections at these facilities to ensure they are no longer abusing the elephants with cruel rides.

Elephants are an important part of Kerala’s identity and are the official State Animal. Unfortunately, hundreds of these beautiful animals are owned by temples and private companies and thus stripped of their freedom.

Ironically, because of their valuable status, they are and often rented out for use in festivals. Investigations over the years have revealed the horrific conditions these elephants are subjected to, even in so-called sanctuaries.

Elephant riding is inherently cruel. Many animals are taken from the wild as infants and brutally “broken” to make them compliant to a life of captivity and servitude.

Often, they are ridden to the point of exhaustion, carrying hordes of tourists all day with no breaks. These highly social animals are unable to express natural behaviors and spend their time “off-duty” chained by the legs.

While we would prefer to see all elephant riding banned, we are pleased to know that 43 elephants in Idduki will no longer be suffering this way in the future.