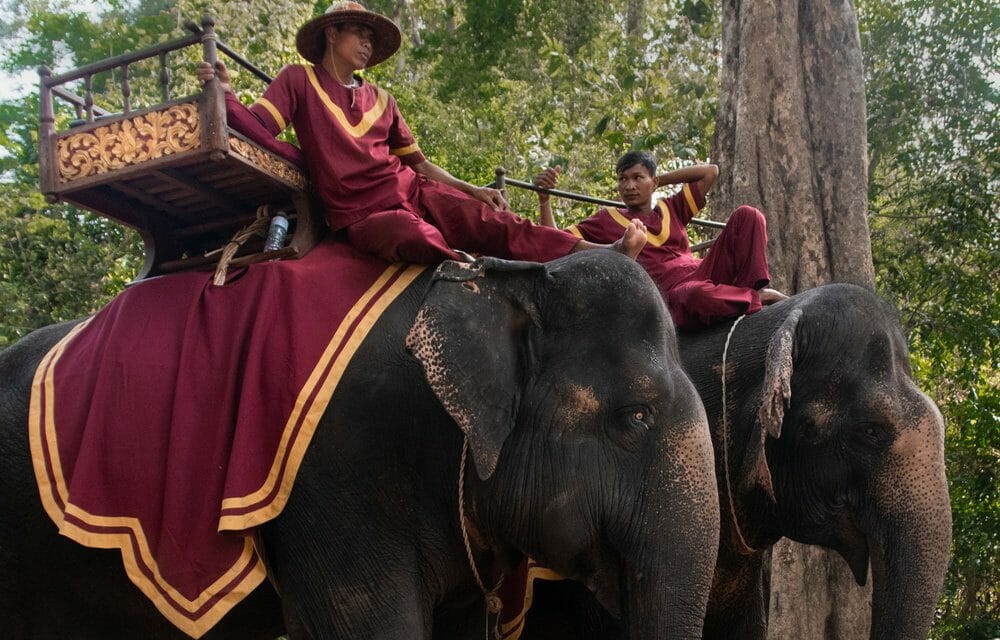 After years of suffering, the elephants at Angkor Wat temple in Cambodia will no longer spend their lives in forced labor, traipsing along the unforgiving concrete carrying hordes of tourists in the scorching heat.

In what is a far cry from their arduous lives to date, the 14 elephants will be moved to a more natural setting to live in semi-retirement in a new center set up in a forested area with a stream, located in the Sotr Nikum district.

“In early 2020, our association plans to end the use of elephants to transport tourists,” said Oan Kiry, Director of the Angkor Elephant Group Committee. “They can still watch the elephants and take photos of them in our conservation and breeding center. We want the elephants to live in as natural a manner as possible.”

In 2016, one of the Angkor Wat elephants dropped dead while carrying tourists around the ancient temple complex. Sambo, a male in his forties, had been working for 40 minutes when he had a heart attack due to toiling in the extreme heat.

Elephant advocates applaud the decision to end riding and establish a conservation and breeding facility, but emphasize the importance of also protecting the country’s wild population.

“Cambodia could restore its domestic and wild elephant numbers by establishing centers and national parks for domestic elephants to live and breed naturally in, as well as provide sanctuaries for the protection of wild elephants,”  said WWF Cambodia Country Director, Seng Teak.

We are happy to see an end to elephant abuse at one of the biggest tourist attractions in Southeast Asia, and sincerely hope that the remaining domestic elephants in Cambodia are granted the same opportunity to live out their lives with dignity.