VICTORY! Federal Protections Back For Gray Wolves in 44 U.S. States 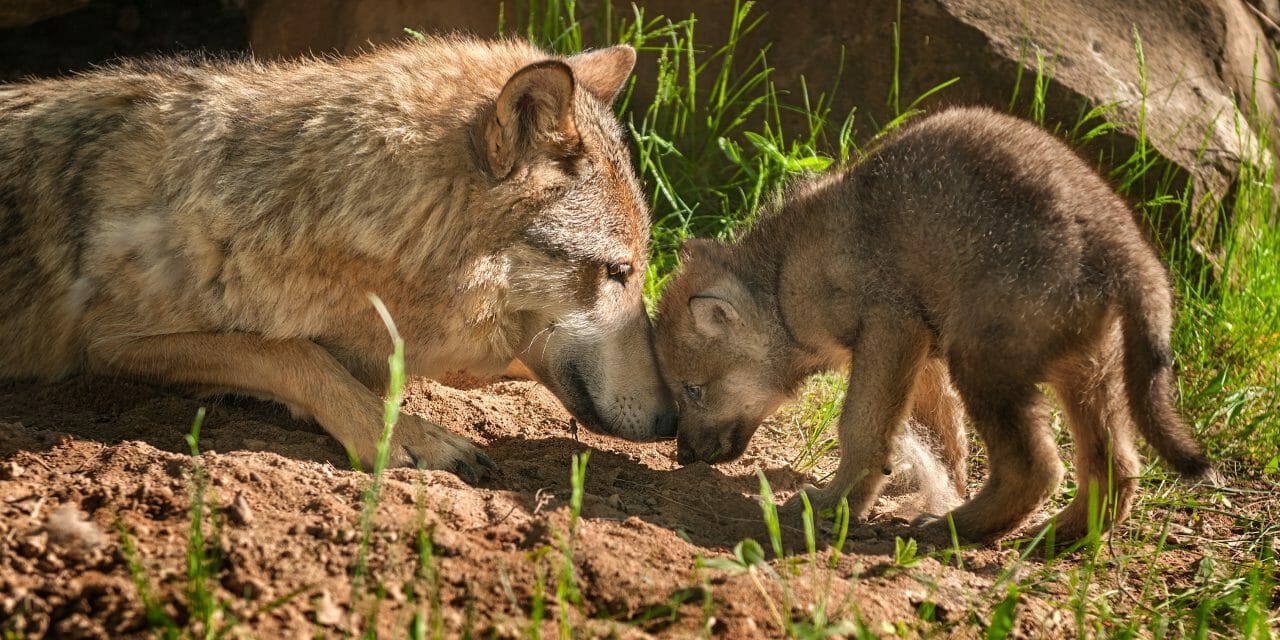 Gray wolves are once again protected under the Endangered Species Act in 44 U.S. states, following a lawsuit from several conservation groups and a recent ruling from a federal judge that designates the species as threatened with extinction.

Senior Judge Jeffrey White restored protections for gray wolves in all states except Wyoming, Montana, and Idaho,in a ruling that noted the U.S. Fish and Wildlife Services (FWS) had removed those protections in November 2020 “with little explanation or analysis.”

In his ruling in the Northern District of California court, White wrote that the FWS had failed to analyze wolf recovery across the entire country, particularly wolf populations outside the Midwest and Northern Rockies, and also did not account for the impact of wolves’ lost historical range.

The decision immediately ends wolf hunting and trapping outside of the Northern Rockies, including scheduled plans for a fall wolf hunt in Wisconsin, where hunters slaughtered more than 200 wolves last year over a 3-day period.

The ruling also narrows the scope of a status review of gray wolves to those who inhabit the Northern Rockies.

“It’s a great day for wolves, but also for the Endangered Species Act,” said Jamie Rappaport Clark, CEO of Defenders of Wildlife.

The Trump Administration stripped federal protections from most gray wolves in November 2020, when then Secretary of Interior David Bernhardt said the species had “exceeded all its conservation goals for recovery.”

In response, 1.8 million Americans submitted comments opposing the de-listing – including 86 members of Congress, 100 scientists, 230 businesses and more than 360 veterinary professionals.

Four of the five independent review panelists commissioned to review the FWS report also disagreed with the recovery assessment – with one exclaiming the plan was “critically flawed.” But the Biden Administration, although expressing concern for the country’s endangered wolves, upheld the delisting decision.

Nonprofit Earthjustice then sued in January 2021 on behalf of six conservation organizations – Defenders of Wildlife, Center for Biological Diversity, Sierra Club, National Parks Conservation Association, Oregon Wild, and the Humane Society of the United States –  alleging that the de-listing violated both federal law and the best science, as well as its treaty obligations to tribal nations.

Wolves in New Mexico have never lost their federal protections, but gray wolves in Montana, Wyoming, and Idaho remain under state management, which currently is allowing massive slaughter through brutal measures.

Montana made ghastly headlines recently, after hunters massacred 23 wolves who wandered outside the boundaries of Yellowstone National Park – or about 20 percent of the park’s entire population,  including the annihilation of the Phantom Lake Pack. The state allows cruel killing via baiting, vicious snares, and shooting wolves at night.

Idaho passed legislation authorizing the killing of up to 90 percent of the state’s wolf populations and allows for gruesome and inhumane deaths, including by running over wolves with snowmobiles and ATVs.

While Erik Molvar, a wildlife biologist and executive director of Western Watersheds, said the recent ruling is a “huge win” for wolves, he also acknowledged the fight to protect wolves is not over.

“We are relieved to have staved off premature delisting with this case, but there is still a huge amount of work ahead to protect wolves in Montana, Idaho, and Wyoming, where they face some of their biggest threats,” he said.

Indigenous nations, lawmakers, and conservation groups are continuing to call on the Biden Administration and Interior Secretary Deb Haaland for an emergency re-listing of the Northern Rockies wolves, which would provide protections for at least 240 days.

Haaland said in an opinion column that she is dedicated to ensuring wolves thrive– saying they “represent virtues of healing, strength and familial protection” for indigenous people – and that her office is “closely monitoring data on wolf populations,” but has not yet issued calls for the emergency re-listing.

“It is critical that we all recognize that our nation’s wolf populations are integral to the health of fragile ecosystems and hold significant cultural importance in our shared heritage,” Haaland wrote. “ We were meant to all co-exist on this earth, the only place we all call home.”

Earthjustice Attorney Kristen Boyles said the organization will continue to fight for federal protections for all gray wolves.

“Wolves need federal protection, period,” she said. “The Fish and Wildlife Service should be ashamed of defending the gray wolf delisting, and it should take immediate action to restore Endangered Species Act protections to all gray wolves, including those in Idaho, Wyoming, and Montana.”

If you haven’t already, sign our petition asking for an immediate re-listing for all gray wolves – and thanks to the more than 34,000 people who have already signed and helped Lady Freethinker also be a voice for these endangered animals.