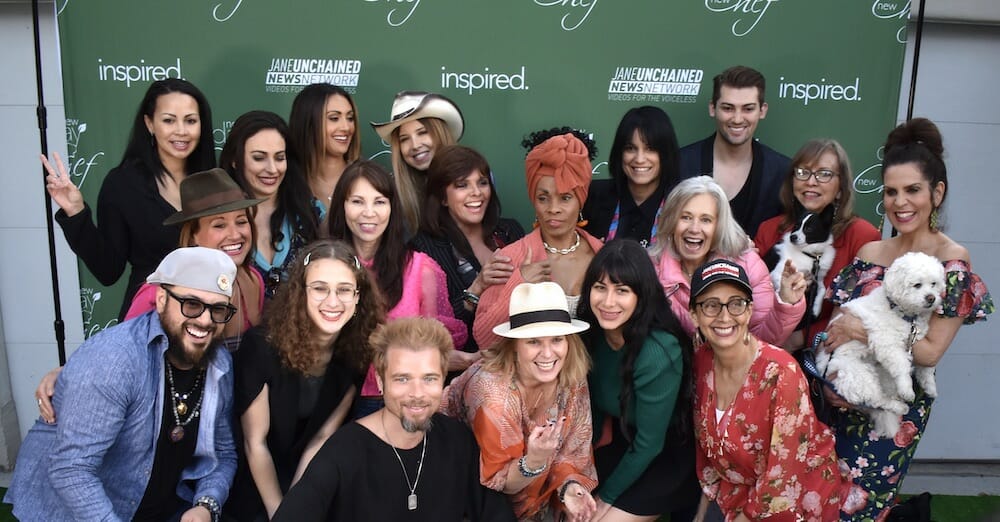 The cast on the green carpet

As you might expect from a culinary show event, the food was spectacular. 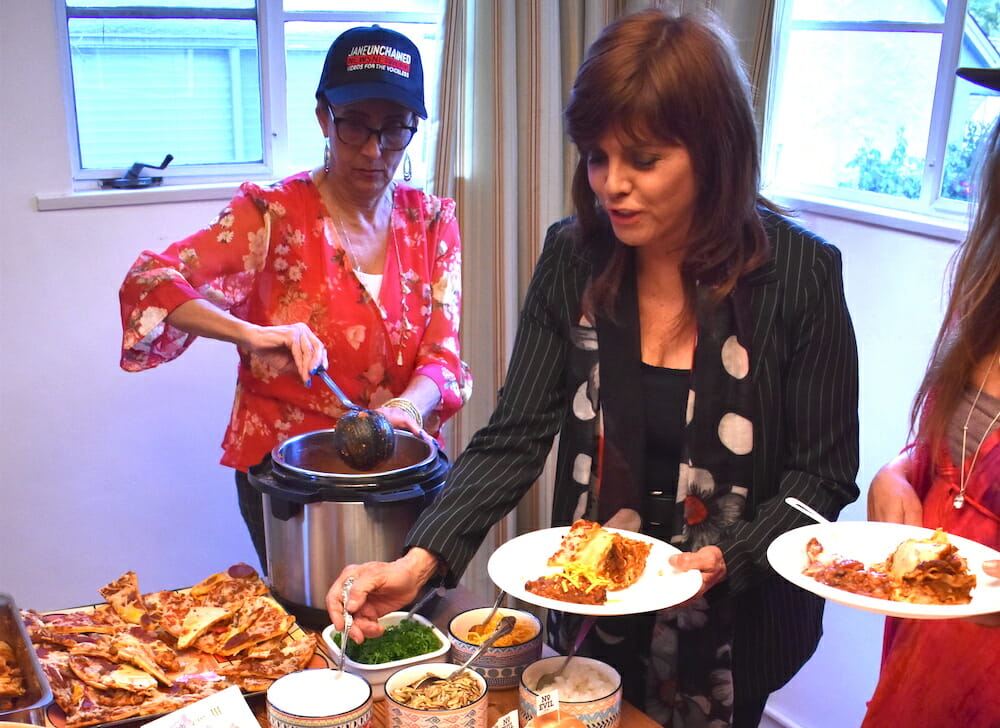 And of course, Jane Unchained News livestreamed the festivities as the amazing chefs, taste-testers and other guests took to the green carpet:

Including  LFT’s own Nina Jackel. 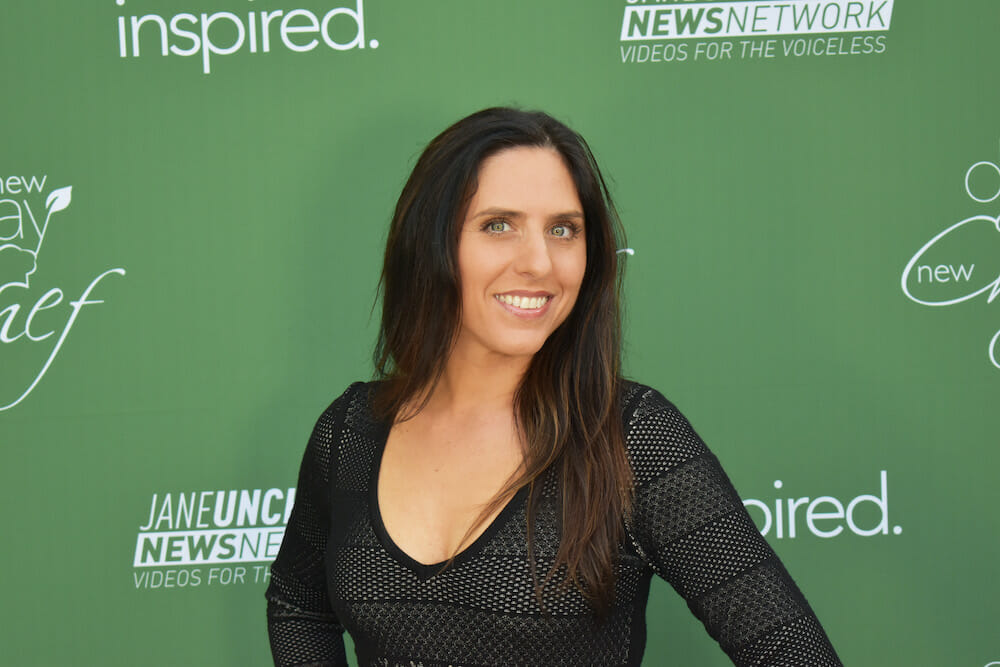 And then back to the food! Between the plant-based chili, lasagna, pizza, guacamole, cheese platter and cheesecake, there was no way anybody could have missed the meat. 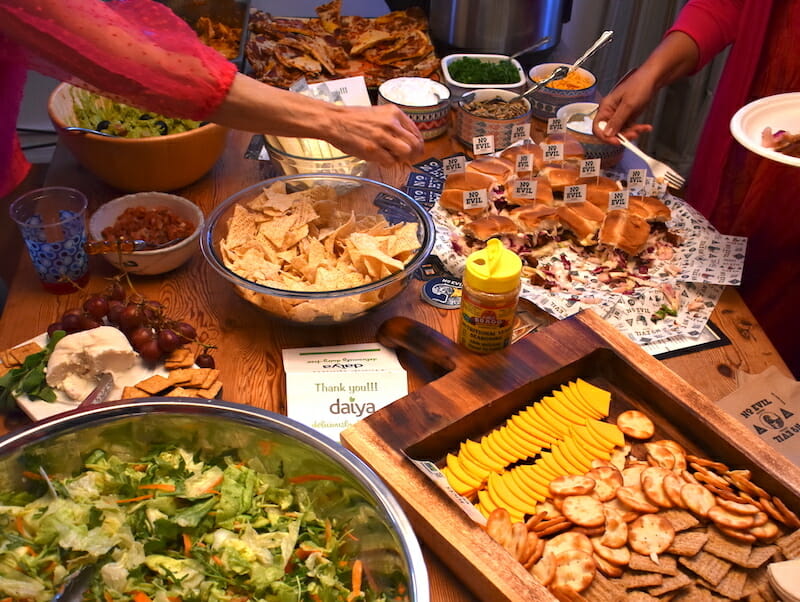 Watch New Day, New Chef and get inspired to make your own vegan feast! 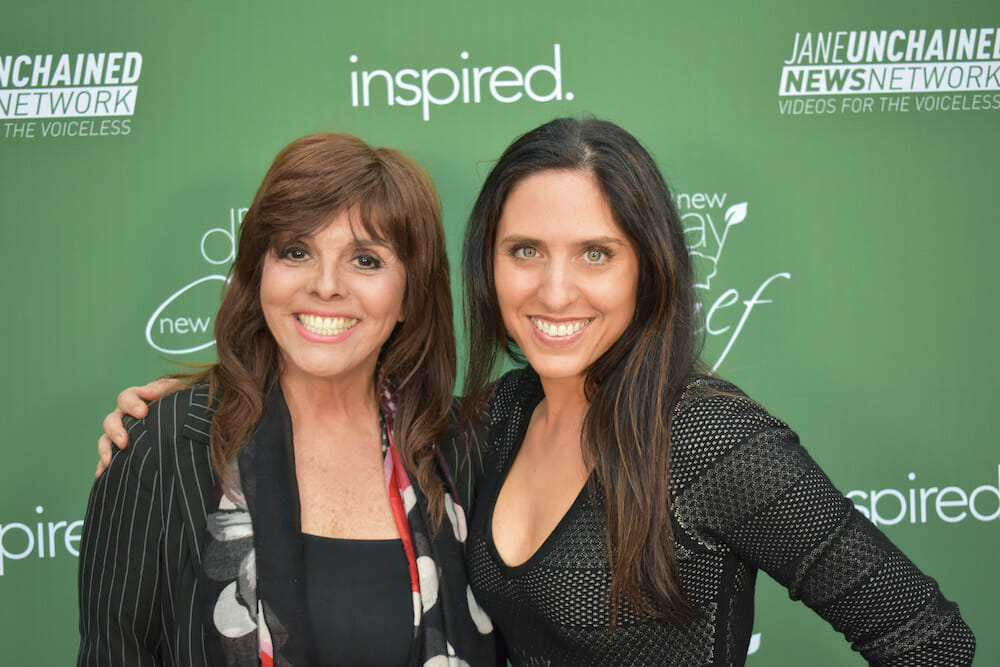