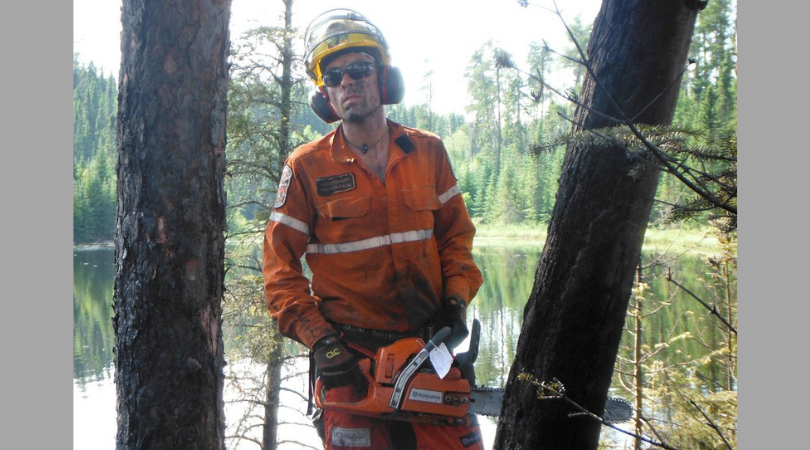 A vegan firefighter from Ontario says he was forced to survive without adequate nutrition while battling an enormous blaze in British Colombia.

In a complaint filed with the Human Rights Tribunal of Ontario, Adam Knauff details how his employer, the Ministry of Natural Resources and Forestry, failed to respect his ethical beliefs and treated him unfairly.

“The Ontario Ministry of Natural Resources and Forestry discriminated against me and failed to accommodate my sincerely held ethical beliefs (creed) when it failed to provide me with food that accommodated my personal commitment to ethical veganism, and then disciplined me and suspended me because I attempted to assert my right to accommodation of that sincerely held ethical belief,” wrote Knauff in his application to the tribunal.

In July 2017, Knauff joined around 1,000 firefighters in an attempt to control a large forest fire in William’s Lake, B.C. Working between 14-16 hours every day, Knauff struggled to perform on the food he was given over a four-day period.

In spite of informing the ministry about his vegan diet, Knauff says there were some days he was forced to go hungry due to a lack of appropriate plant-based options.

“After working 16-hour days for four days with inadequate nutrition I began to feel physically ill and mentally groggy,” Knauff wrote. “Until that point I had been trying to push through my hunger and exhaustion, sustaining myself on nuts and fruits.”

Exhausted and hungry, Knauff admitted he swore at a chef who contaminated vegan patties by first handling beef patties. He was given a warning. On another occasion, he was allegedly served a plate of food that was at least half non-vegan. In his frustration, he tipped the plate on the floor.

The ministry suspended Knauff for three days without pay and banned him from fighting any fires outside the province for the rest of 2017 and all of 2018.

Responding to the allegations, the ministry states that veganism does not meet the legal definition of being a creed. It also maintains that it did its best to accommodate Knauff’s vegan diet.

The case centers on whether veganism can be classified as a creed. Although ethical veganism has never been legally acknowledged as such, animal advocates are looking to the tribunal to set a precedent in this case.

Please email or write to the Human Rights of Tribunal of Ontario to call for the vegan ideology to be respected as the creed that it truly is.