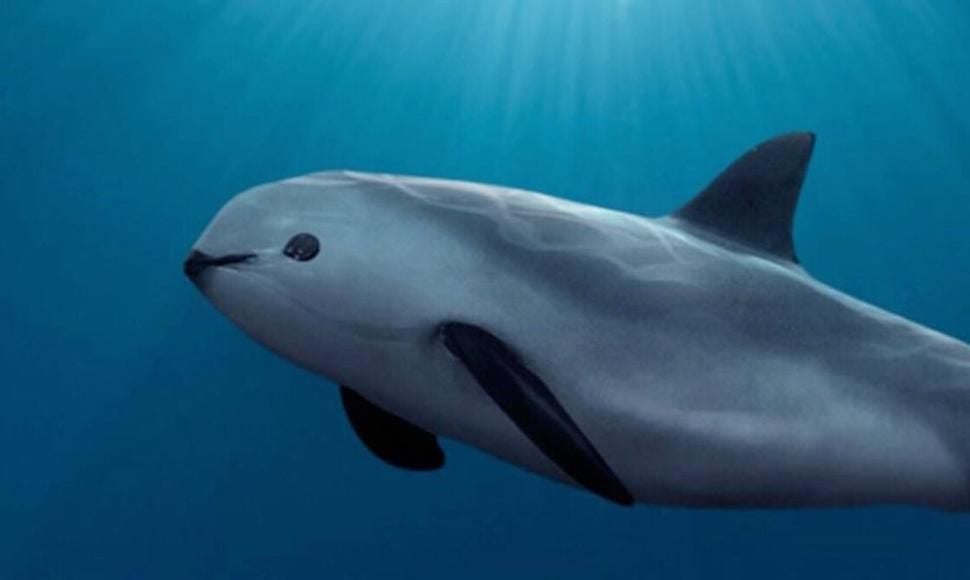 Last-ditch efforts are being called for in saving the vaquita porpoise species from disappearing forever.

Earlier this year, Lady Freethinker reported on the dwindling population and the hopelessness researchers feel about the situation.  The species’ native waters in the Gulf of California have become virtually uninhabitable in recent years due to illegal gillnet fishing. Many believe these are the final days for this marine mammal, whose eyes appear large and stuffed-animal like.

This spring the count was down to 12.

This September only 6 or 7 were seen.

Why has this happened?

Illegal fishing, mainly for the totoaba fish, has been a death sentence for the vaquita. Prized in China for pseudo-medicinal purposes, the swim bladder of the totoaba is worth as much as $4,000 a pound. Many fishermen in the area live in poverty and rely on the illegal trade. The gillnets entrap the air-breathing vaquita and many drown.

The Mexican government has made minimal efforts to rectify this situation, being unwilling to engage navy vessels in the task of policing the waters. Extra challenges have been asserted by those engaged in the illegal trade, threatening activists, running boats into navy vessels, and shooting down drones. The head of the Environmental Department of the incoming Mexican government has already written off the vaquita stating, “it has already been driven to extinction by negligence and corruption.”

What can be done?

During the count this September, at least two calves were seen, revealing a shred of hope for the species. Promoting big and immediate action, a call has been made to erect a floating fence in the sea. Diego Ruiz, head of Museo de la Ballena, a whale museum in Mexico, has proposed this netted barrier. The animals would be able to swim freely in and out of the fenced area under the water, but it would prevent any fishing vessels from entering and putting out the deadly gill nets.

There are no vaquita in captivity. A few of breeding age were captured in an attempt to revive the species, but died shortly after. Losing any individual vaquita was too much of a risk, leading researchers to abandon the idea.

History has shown us that bringing back a species on the brink of extinction is possible. The California condor (an animal also found around the Baja Peninsula) serves as an example of humans rectifying the damage done by pollution and habitat loss. Less than two dozen condors remained when they were taken into protection and allowed to breed until the population could be restored. Now there are around 450 condors living in the wild and captivity.

This could happen the for the vaquita too. If those with the power to stop or curb the illegal fishing and protect the remaining porpoises are willing to do so. If not, we must prepare to say goodbye to yet another species destroyed by the hands of humans.