Uproar in Madrid over the Brutal Sport of Bullfighting 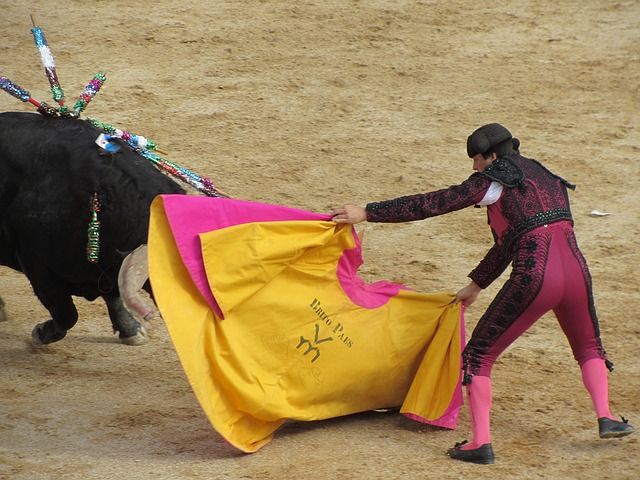 Thousands of people came together in the Spanish capital city of Madrid Saturday to protest the brutal sport of bullfighting and call for a final end to the tradition.

In a “battle” where the human is almost a guaranteed victor, people on horseback and on foot carrying lances and swords taunt and stab the animal, keeping the spectacle going in the ring until a matador finally stabs it to death. In this way, thousands of animals are slaughtered every year across the globe. Before entering the ring, it is common to beat the bulls, shave their horns to impair their balance, or rub petroleum jelly in their eyes to impair vision.

Spanish animal rights group PACMA reported Saturday’s protests as the largest turnout against bullfighting yet. Protests earlier this year, marking the beginning of the bullfighting season, included activists portraying slain bulls, stripping to black underwear and covering themselves in fake blood – a stark and powerful message. International attention was drawn to the sport this past June when the death of a matador was broadcast on live TV.

Though the tradition has lasted centuries, overall popularity and acceptance has waned in the past few decades. However, the sport retains a following and is still common in Spain, and can also be found in areas of Portugal, France, and Latin America. Many find the sport to be an important tradition tied to cultural identity. But as awareness grows and taste for seeing an innocent animal tortured to death lessens, more and more regions and cities in Spain have begun banning the torment and killings of bulls for entertainment. In a telling move, the recently elected mayor of Madrid has taken away all government subsidies for bullfighting schools.

32 Animal Abuse Issues Every Compassionate Person Should Know About