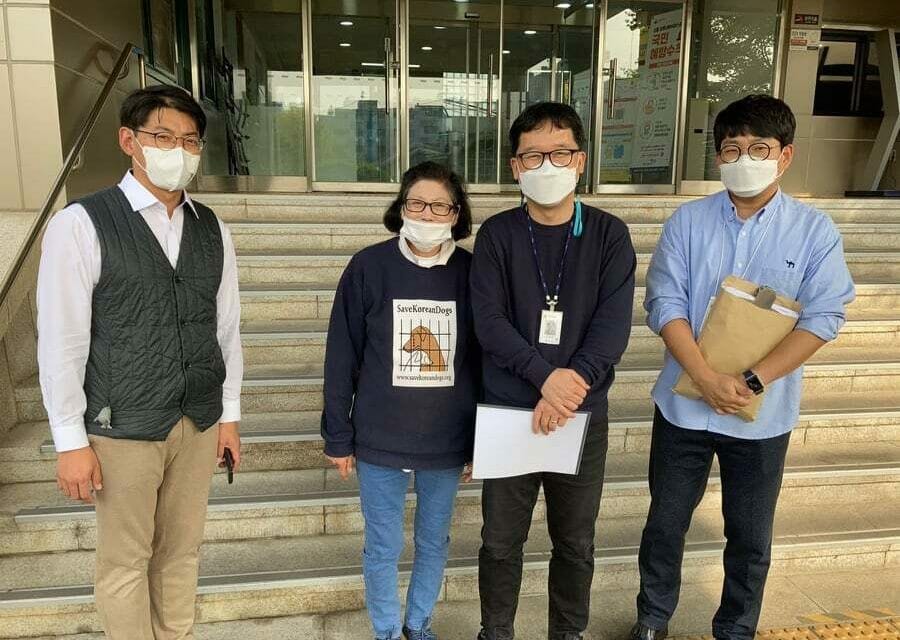 SKD Founder Nami Kim wrote about the event on Facebook.

LFT thanks the more than 42,000 supporters who signed our petition to permanently close the cruel auction house for good.

Kim reported seeing the same trucks from Namyangju — where dogs had been prodded with metal rods, ripped out of their cages, sold to the highest bidder, and shipped off to slaughter — carrying cages to the Paju operation, as well.

Dogs are family, and they deserve better. We will keep fighting until the brutal dog meat trade is a thing of the past.

Delivering the petition is an important step in shutting down the cruel auction house in Paju, but there is still work to be done.

LFT will provide updates as they are made available.