UPDATE: Man Who Tortured Dying Deer Gets No Jail Time 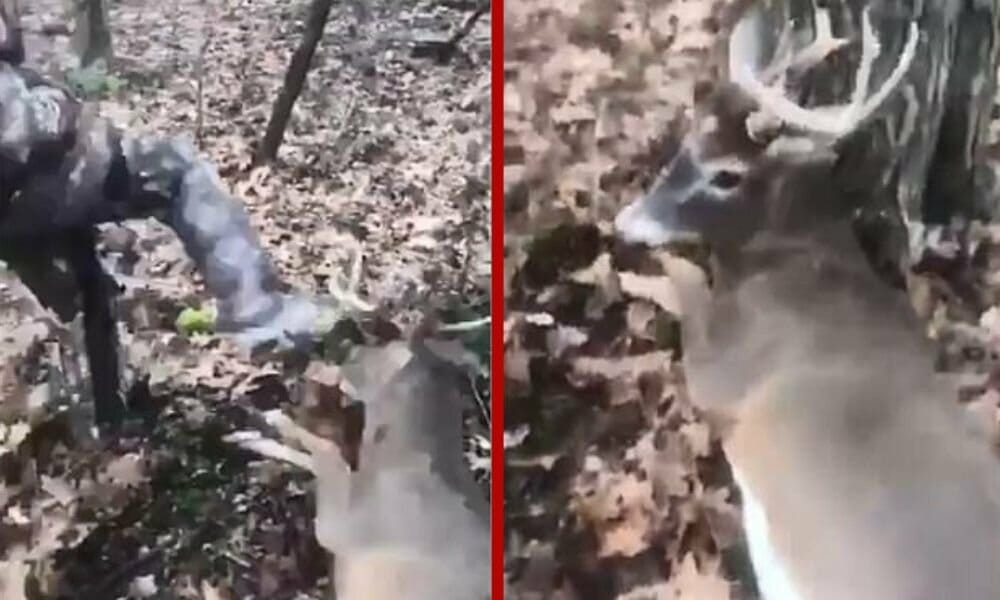 A Brookville, Pa. man accused of torturing an injured deer in viral videos that sparked widespread outrage has avoided jail time, instead receiving probation and 200 hours of community service.

In a plea deal, the district attorney dropped four felony charges against 18-year-old Alexander Smith, including aggravated cruelty to animals, in exchange for pleading guilty to a second-degree misdemeanor count of animal cruelty and various summary counts. Smith must perform his community service at an animal shelter and his hunting license is revoked for 15 years.

He was originally charged with two felony counts of aggravated animal cruelty and two felony counts of conspiracy to commit aggravated animal cruelty, along with various other misdemeanors and summary offenses, in connection with the horrifying videos. The DA also charged a 17-year-old for his alleged involvement in the torture, and his case was handled in juvenile court.

The disturbing footage, which surfaced in late November, shows two laughing teenage boys repeatedly kicking and stomping on a terrified buck as the injured animal tries desperately to flee and defend himself. Too weak to even stand, the deer died at the scene. In a gruesome ‘grand finale,’ one of the teens then ripped an antler off the lifeless deer’s head.

The videos appeared on social media, prompting activists to call on authorities to investigate, arrest, and thoroughly prosecute the suspects. Lady Freethinker’s petition calling for a major intervention to prevent the suspects from harming anymore animals received over 30,000 signatures.

The outcome of this case is utterly disappointing and, even more alarmingly, now involves a convicted animal abuser working directly with animals while receiving no psychological intervention for his cruelty. Sign Lady Freethinker’s petition now to tell Jefferson County District Attorney Jeff Burkett that animal cruelty is a serious crime, and that justice was not served.