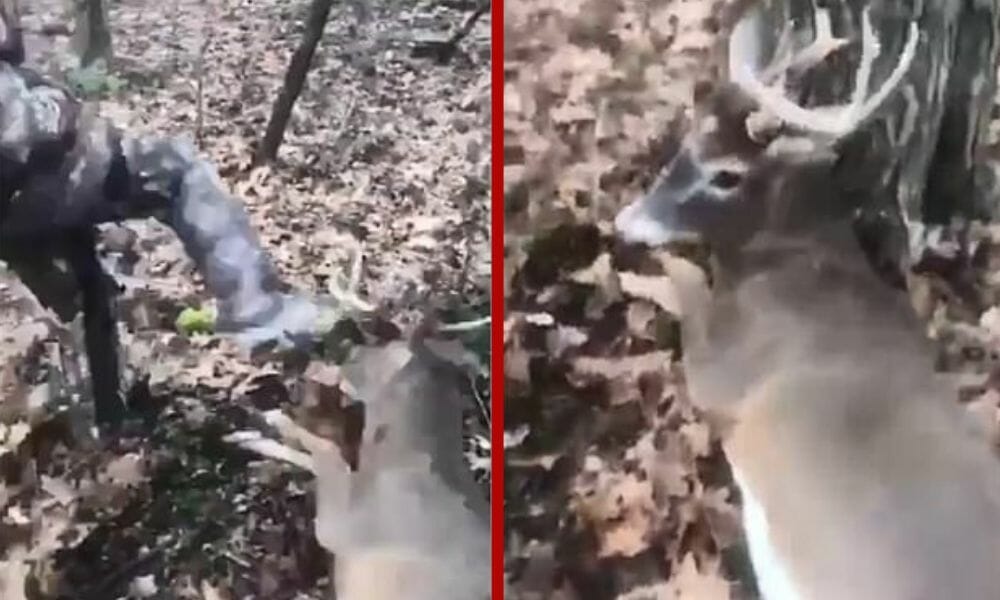 UPDATE (5/14/20): In a plea bargain, the DA dropped all felony charges against Smith. Instead of jail, Smith will only get 2 years probation, community service, a low fine and a 15-year revocation of his hunting license — with no psychological intervention to help prevent future acts of violence. This is not nearly sufficient for animal torture, and sends the message that anyone can mutilate a helpless animal and not serve time. Sign now to tell Jefferson County District Attorney Jeffrey Burkett that animal cruelty is a serious crime, and justice was not served.

In a horrifying act of cruelty that was captured on camera, two teenagers tortured and killed a wounded deer in rural Pennsylvania, then abused his remains.

Heartbreaking footage of the deer’s painful final moments shows the injured buck lying next to a tree as a young man repeatedly kicks his head and laughs, while another teen films and laughs along. The terrified deer desperately kicks his front legs in an attempt to flee, but is too weak to even stand.

In another, equally-disturbing video, the laughter and assault continue as the person filming steps on the deer’s neck while his friend grabs the animal’s antlers and stomps him to death. He then rips an antler from the lifeless deer’s bloodied head.

One of the attackers posted the gruesome footage on Snapchat, and an outraged viewer passed it along to authorities. Although the suspects were identified and are under investigation, no charges have been filed.

The individuals responsible for this disturbing crime must answer for their actions. Sign this petition urging Jefferson County District Attorney Jeff Burkett to call for a major intervention to prevent the suspects from harming anymore animals.