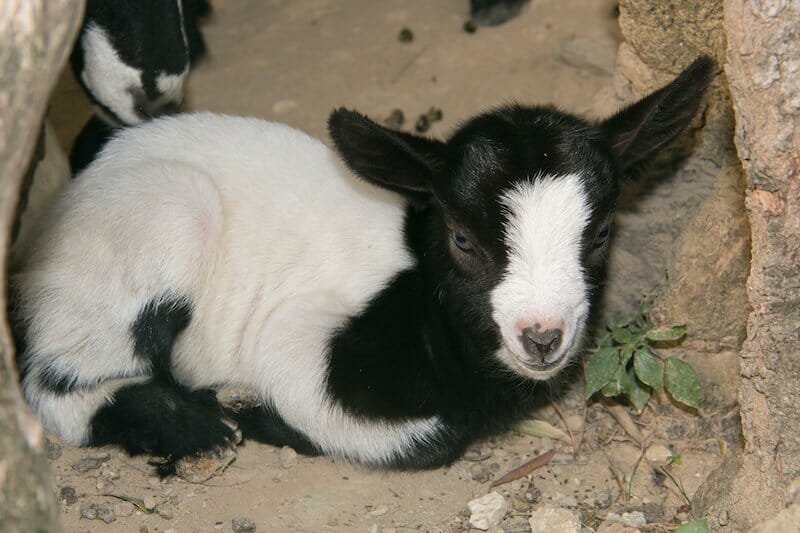 In a victory for animal welfare, a woman accused of beating two defenseless goats to death in a disturbing group assault with spiked bats and machetes will spend the next year in jail, according to court documents.

Horrifying footage shows 22-year-old Halie Morgan and three other suspects —  Andrew Haefele, Charles E. McKinney, and Donald Compton — repeatedly striking the defenseless goats.  Morgan pleaded guilty and will spend a year in jail. The Spotsylvania Circuit court also convicted the other three suspects, who are scheduled to be sentenced on April 20.

During the brutal onslaught, Morgan encouraged her large dogs to attack the goats while McKinney slit one of the dying animals’ throats, as shown by a video obtained by police.

Someone reported the cruelty to the police, who went to Morgan’s property and found the two slaughtered goats. Authorities charged the four suspects with maiming an animal, conspiracy to maim an animal, animal cruelty, and giving false information to law enforcement.

While Morgan’s sentence represents a victory for animal welfare, one year is too lenient a sentence for this sickening crime.

If you haven’t yet, sign Lady Freethinker’s petition urging the Spotsylvania County Commonwealth’s Attorney’s Office to prosecute the remaining defendants to the fullest extent of the law, including a psychological intervention and a lifelong ban on having animals.

SIGN: Justice for Goats Tortured to Death with Machete and Spiked Bats