SIGN: Justice for Goats Tortured to Death with Machete and Spiked Bats 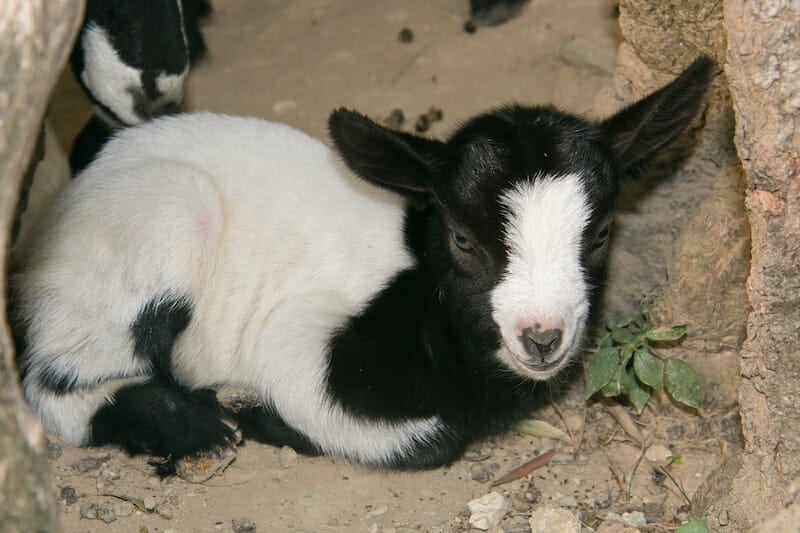 UPDATE (1/12/21): On January 6, Halie Morgan pleaded guilty to causing animal cruelty and was sentenced to one year in jail. Andrew Haefele, Donald Compton, and Charles McKinney are all scheduled to be sentenced on April 20, 2021.

Two defenseless goats suffered a slow and brutal death for over 20 minutes, as four people tortured and killed them with spiked bats and an apparent machete in Spotsylvania County, Va., according to local authorities.

Video evidence shows one attacker, Halie Morgan, urging her large dogs to attack the goats, while another attacker, Charles E. McKinney, slits one of the dying animal’s throats, according to NBC12 Richmond.

Authorities arrested and charged Morgan and McKinney, along with Andrew Haefele Donald Compton, in connection with this case. Among them, the charges involve maiming an animal, conspiracy to maim an animal, animal cruelty, and giving false information to law enforcement, according to WJLA.

This brutal slaughter must not be tolerated, and the perpetrators must never be given the opportunity to harm another innocent creature.

Sign this petition urging the Spotsylvania County Commonwealth’s Attorney’s Office to prosecute this case to the fullest extent of the law, including a psychological intervention and a lifelong ban on having animals.