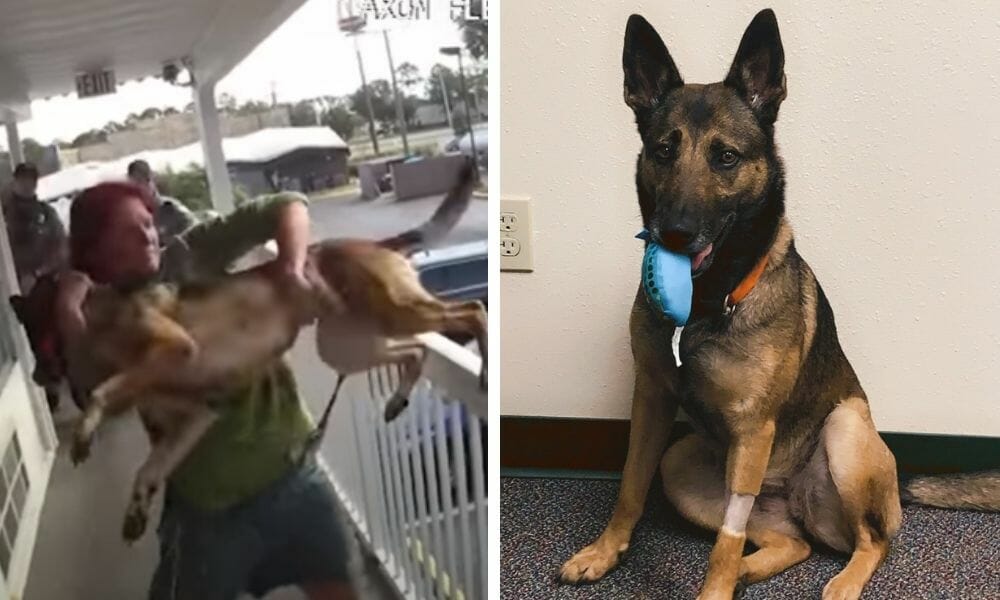 Miracle the German Shepherd, who was thrown from a second-story motel balcony late last year in Daytona Beach, Fla., is not returning to her former “guardian” and has found a loving forever home with a military veteran who needed a trustworthy service dog.

Miracle stayed with a foster family after the incident, and police charged her guardian at the time, Allison Murphy, with felony animal cruelty and resisting an officer with violence.

A judge has since ruled that Murphy is incapable of caring for Miracle and granted permission to permanently find her a new home, despite her former guardian’s attempt to regain custody.

Murphy must also cover Miracle’s emergency medical expenses and is banned from having animals for five years.

Deputies from the Volusia County Sheriff’s Office responded to the Motel 6 in December after receiving reports that Murphy had attacked a maid. Police body camera footage showed officers trying to intervene as  Murphy lifted the dog and tossed her to the pavement below.

Officers rushed Miracle, then named Opa May, to emergency care, where veterinarians found a sewing needle lodged into her thigh and treated her for injuries from the fall.

While we’re glad that Miracle will not be returning to her former guardian, the fight for justice is not over. Murphy’s criminal case is ongoing, and  she must answer for her actions.

If you haven’t yet, join more than 39,000 activists in signing Lady Freethinker’s petition urging State Attorney R.J. Larizza to prosecute this case to the fullest extent of the law, including a lifelong ban on having animals.