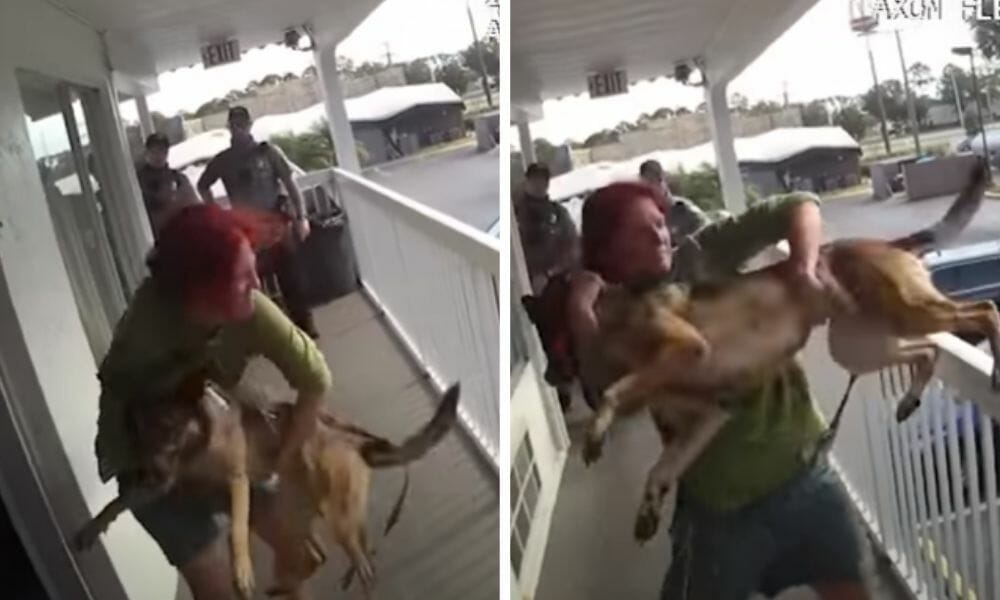 UPDATE (10/26/2021): Miracle the German Shepherd is not returning to her former guardian but instead has found a new home with a military veteran in need of a service dog.

Meanwhile, Allison Murphy, Miracle’s former owner, pleaded Nolo Contendere — a legal term meaning she accepted the consequences of her actions without admitting guilt — to charges of cruelty to animals (a first degree misdemeanor) and resisting an officer with violence (a third degree felony).

The court withheld adjudication of guilt on both charges and sentenced her to 303 days in jail, the time she had already served. The court also ordered a fine of $418.00 and gave Murphy a year to pay, according to Volusia County Court records.

The Volusia County Sheriff also has reported that Murphy was ordered to pay for the dog’s medical expenses and will be banned from owning animals for five years.

We are so grateful that the courts refused to return Miracle to the individual who had attempted to harm her, and also that no other animals will lawfully be endangered under Murphy’s care for at least the next five years. —Lady Freethinker Staff

A German Shepherd fell over two stories onto the parking lot below after her guardian threw her off a motel balcony in Daytona Beach, Fla. Captured and rushed to emergency care, the German Shepherd — now named Miracle — had a sewing needle lodged into her thigh and veterinarians treated her for injuries sustained from falling on the hard pavement, according to ABC News.

Police had surrounded the motel room in the moments leading up to the horrifying act after receiving reports that Miracle’s guardian attacked a motel housekeeper. Shocking bodycam footage of the incident shows officers trying to stop the woman from hurting Miracle, but she hurriedly tossed the dog over the railing before anyone could physically intervene.

The suspect, Allison Murphy, faces felony charges of animal cruelty and resisting an officer with violence, according to NY Daily News.

Sign this petition urging Florida State Attorney R.J. Larizza to prosecute Murphy to the fullest extent of the law, and call for a lifelong ban on having any animals.