UPDATE: Alleged Dogfighter Loses Battle to Get Back Seized Dogs 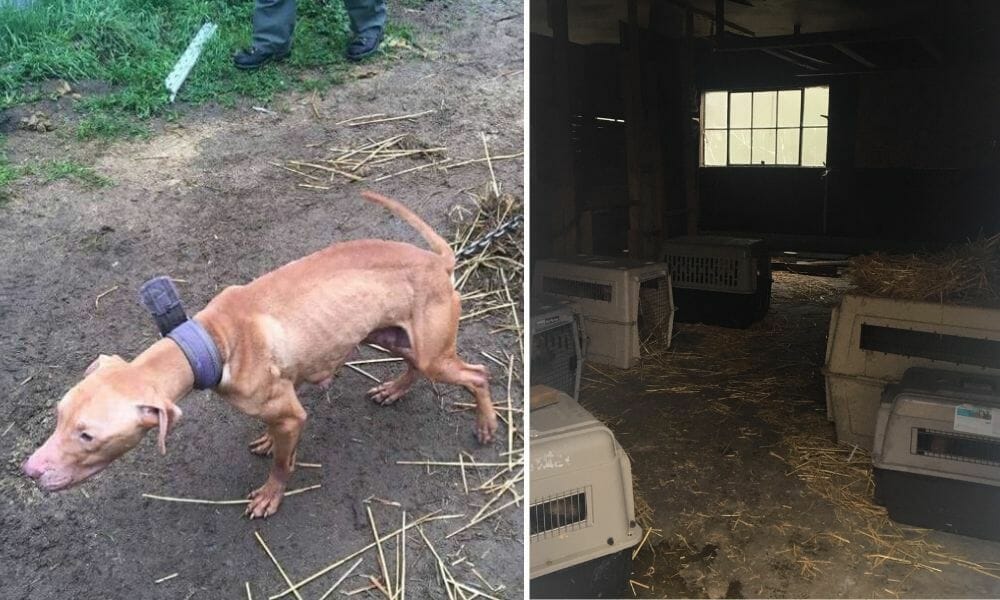 On January 16, a judge ruled that dozens of dogs seized by authorities will not be returned to defendant Elmer James Givens Jr.

Givens is suspected of first-degree animal cruelty and animal fighting after a tip led to authorities searching his garage in Tacoma, Wash., and finding 49 pit bulls locked inside small, dark cages. The dogs looked starved and lived in their own excrement.

Malnourished, injured and scarred, the dogs are believed to have been used in dogfighting activities. Authorities uncovered items related to dogfighting at the accused’s home, including first-aid kits, medicines, and training apparatuses.

After being released without charge, Givens went to court to try and convince the judge to return the seized dogs. Fortunately, Pierce County Judge Jeanette Lineberry refused his request because “the court has serious concerns about [the dogs] suffering future neglect or abuse.”

The recent ruling is great news, but no formal charges have been filed against the perpetrator.

A Lady Freethinker petition calling for justice for these maltreated dogs has garnered over 25,500 signatures. Thank you to everyone who signed and supported this ongoing case, but more signatures are needed to ensure that these innocent, abused dogs get the justice they deserve.

Please, sign this petition urging Pierce County Prosecuting Attorney Mary Robnett to prosecute the culprit to the fullest extent of the law.

SIGN: Justice for 49 Wounded Dogs Forced to Live in Own Urine and Feces