SIGN: Justice for 49 Wounded Dogs Forced to Live in Own Urine and Feces 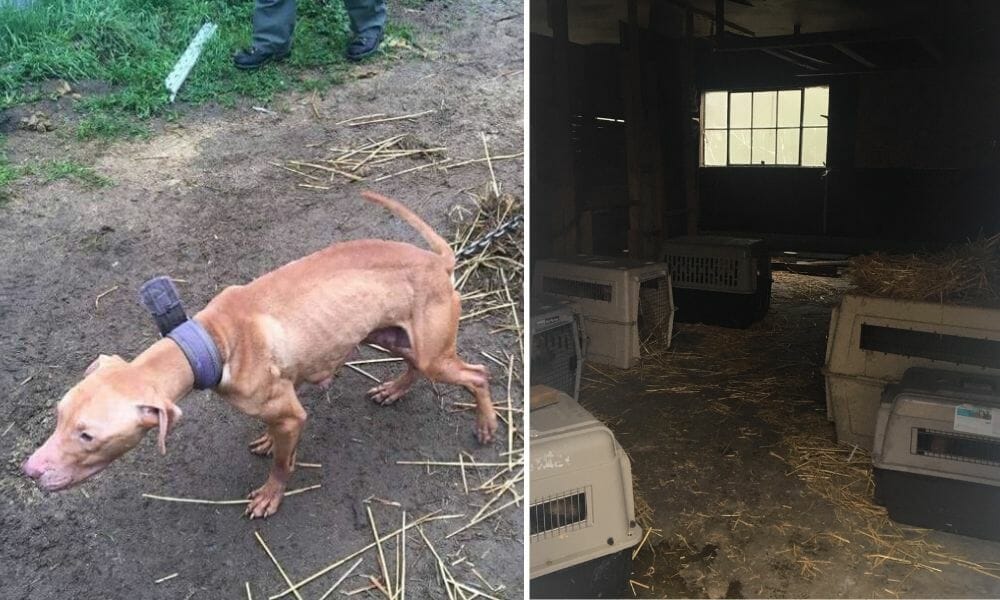 UPDATE (11/4/2021): Elmer James Givens, Jr. now faces 75 counts of animal cruelty after prosecutors became aware that he was continuing to advertise dogs, via social media posts and a website, in violation of conditions of his $150,000 bail, according to Fox News.

A judge ordered Givens to immediately suspend the sites but did not increase his bail. Animal control has seized more than 107 dogs from Givens’ property since 2019.

Givens’ next court appearance is Dec. 2, according to Pierce County court records.

Dozens of starving, caged dogs struggled to survive after one man locked them inside a garage and forced them to live in their own excrement.

According to the Pierce County Sheriff’s Department, the poor dogs looked visibly malnourished with multiple wounds and scars. A few female dogs appeared to have given birth, the newborn puppies knowing nothing but a dark garage without ventilation or lights their entire lives.

“They were deplorable conditions,” said Pierce County Sheriff’s Detective Ed Troyer about the disturbing scene in Tacoma, Wash. “The dogs were living in small cages in the dark, no heat, inside their own urine and feces.”

The police suspect the dogs’ owner, Elmer Givens, Jr., bred and fought these dogs, based on the syringes, first-aid supplies, training tools, and related dog-fighting paraphernalia the officers found at the scene.

Givens faces charges of first-degree animal cruelty and animal fighting. After posting bond, he is already out of jail, and must be prevented from harming more innocent animals in the future.

Dogs are not bloodsport pawns to be forced to fight to the death for people’s entertainment. These 49 dogs deserve justice for the horrendous conditions and barbaric treatment they endured.

Please, sign this petition urging Pierce County Prosecuting Attorney Mary Robnett to pursue this case with the severity it deserves, including calling for a lifelong ban on Givens from ever owning animals again.