African Elephants Are Becoming Nocturnal to Hide From Poachers 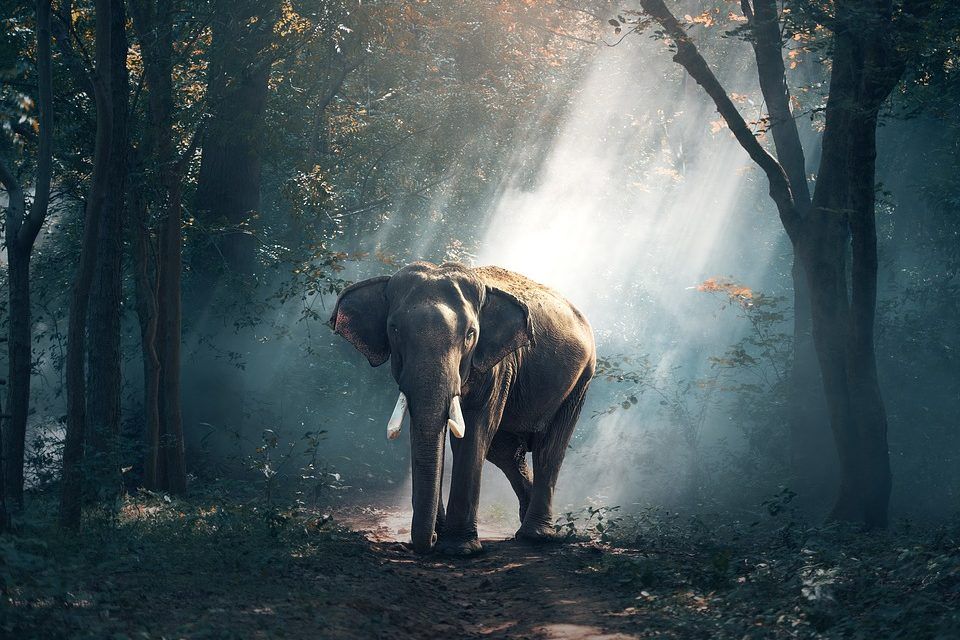 The largest land mammal on earth is drastically changing its habits, a new study finds. Conducted by Save The Elephants and the University of Twente in partnership with Kenya Wildlife Service, the study shows that elephants are adapting to a nocturnal lifestyle in areas with high poaching rates. Most large land mammals are diurnal, with the exception of big cats and a few others, so for elephants to make such a considerable behavioral change is fascinating and significant.

Tracking the elephants with GPS collars, the researchers found that the animals turned to foraging and traveling during the night and hiding during the day. One particular bull elephant, Morgan, was tracked as he made his way from Kenya toward war-torn Somalia. As he approached more dangerous territory, Morgan began hiding in thick bushes during the day and continued moving at night. This demonstrates not only elephants’ incredible intelligence to sense when they are in dangerous circumstances, but also their ability to adapt.

The researchers focused on a night-day ratio study that tracked 28 females and 32 males via GPS between two different periods. The first period consisted of years 2002-2009, when poaching was less severe. The second period, however, between 2010-2012, was during Kenya’s peak poaching crisis. In comparison to the first period, the second period demonstrated a drastic increase in the elephants’ nighttime activity.

“Simultaneous elephant tracking and monitoring of causes of death presented a perfect natural laboratory for studying the behavioral response of elephants to increasing poaching levels,” said lead researcher Festus Ihwagi. “The escalation of poaching has become the greatest immediate threat to the survival of elephants. As most poaching occurs during the daytime, their transition to nocturnal behavior appears to be a direct result of the prevailing poaching levels.”

The world’s largest land mammal is changing its way of life because of the tremendous violence executed upon it for the sake of ivory in the past several decades. The Great Elephant Census shows that the elephant population dropped by 30% between 2007 and 2014 due to poaching, a catastrophic statistic that has led to drastic measures being taken in order to save the species. Sanctuaries and protection programs throughout Africa and Asia have been instrumental in protecting these beautiful creatures — and now, elephants in the wild are learning to adapt in order to survive.

“This study shows the adaptability of earth’s largest land mammal to adapt their behavior flexibly in order to stay safe,” said Save The Elephants’ founder Iain Douglas-Hamilton.”This alteration in movement behavior by elephants has implications for their foraging strategy, reproduction and survival, which are not yet fully understood.”