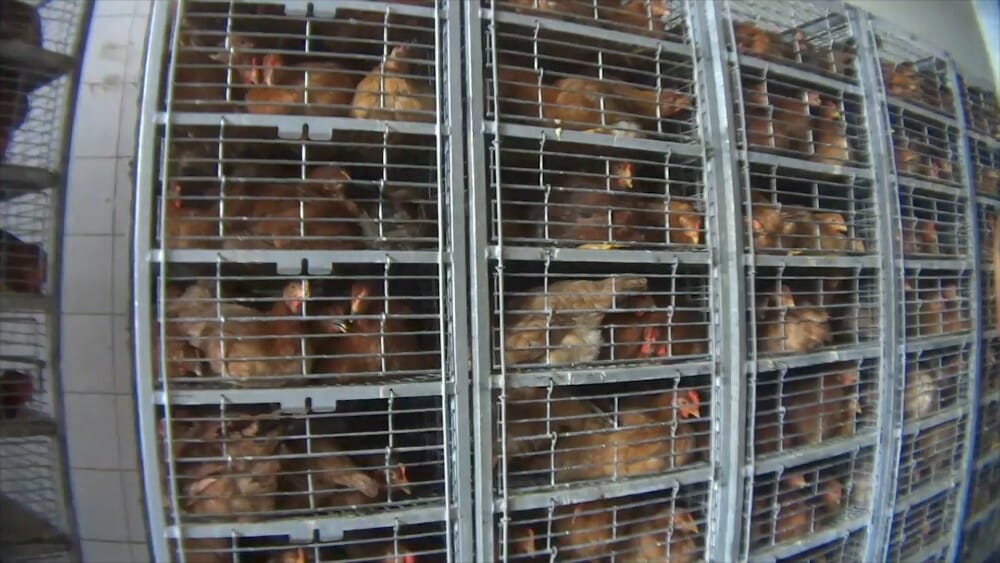 Wearing a hidden camera, the investigator captured shocking images of birds packed tightly together in wire cages stacked on top of each other, live chickens shackled upside down on slaughter lines, and feces and urine caked on floors in the facilities.

The investigator also observed rough, inhumane handling of animals by workers, who threw the birds around or dangled rabbits by their delicate ears.

Stressed animals have weakened immune systems, making them more susceptible to viruses and bacteria that thrive in the unsanitary and cruel conditions associated with factory farms and other live animal markets. Multiple studies, including a United Nations (UN) report published this July, have linked former zoonotic disease outbreaks, including swine and bird flus, to live animal markets and factory farms.

“Pandemics such as the COVID-19 outbreak are a predictable and predicted outcome of how people source and grow food, trade and consume animals, and alter environments,” the report noted. 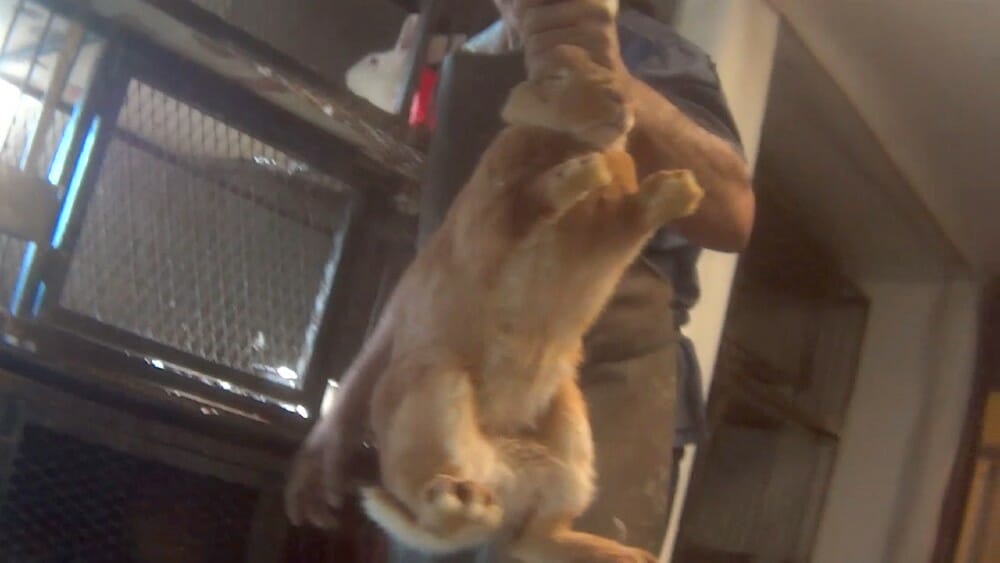 As of December, the COVID-19 virus had surfaced in more than 500 U.S. meatpacking plants, infecting close to 50,000 workers and killing more than 200 workers, according to the Food Environment Reporting Network.

The UN study reported that three of the leading factors believed to contribute to zoonotic diseases “jumping species” from animals to humans — and thus creating global pandemics — are the increased demand for animal protein, the rise in intense and unsustainable animal agriculture practices, and the increased use and exploitation of wildlife.

For Animal Outlook and other animal welfare and human rights organizations, the solution is clear: fix our broken food system. 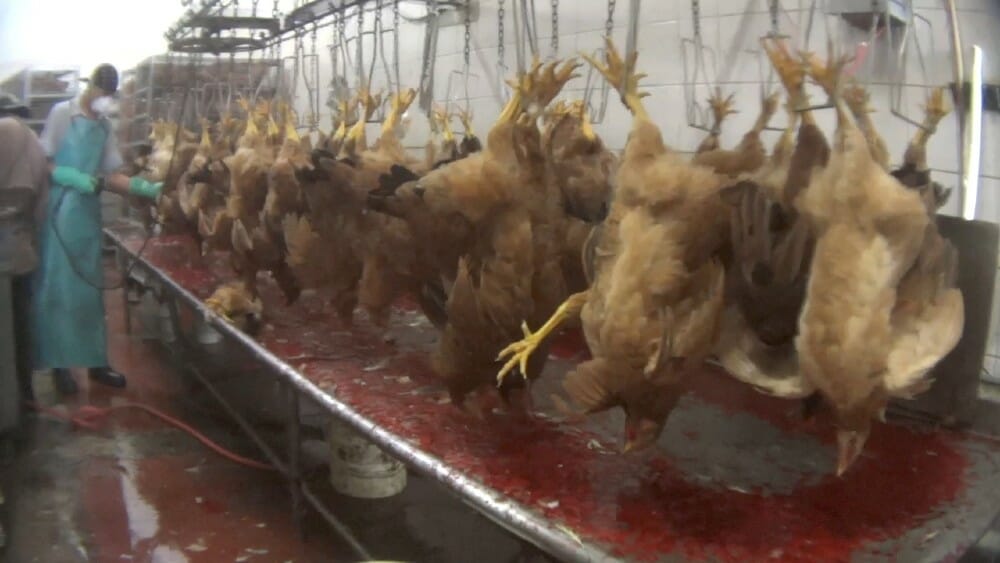 “It’s time to rethink our food system. The current one is broken beyond repair,” Animal Outlook wrote on its website. “As a society, we must demand better because we all deserve better. We must stop these systems of destruction. It’s up to us to hold the animal agriculture industry and our government accountable.”