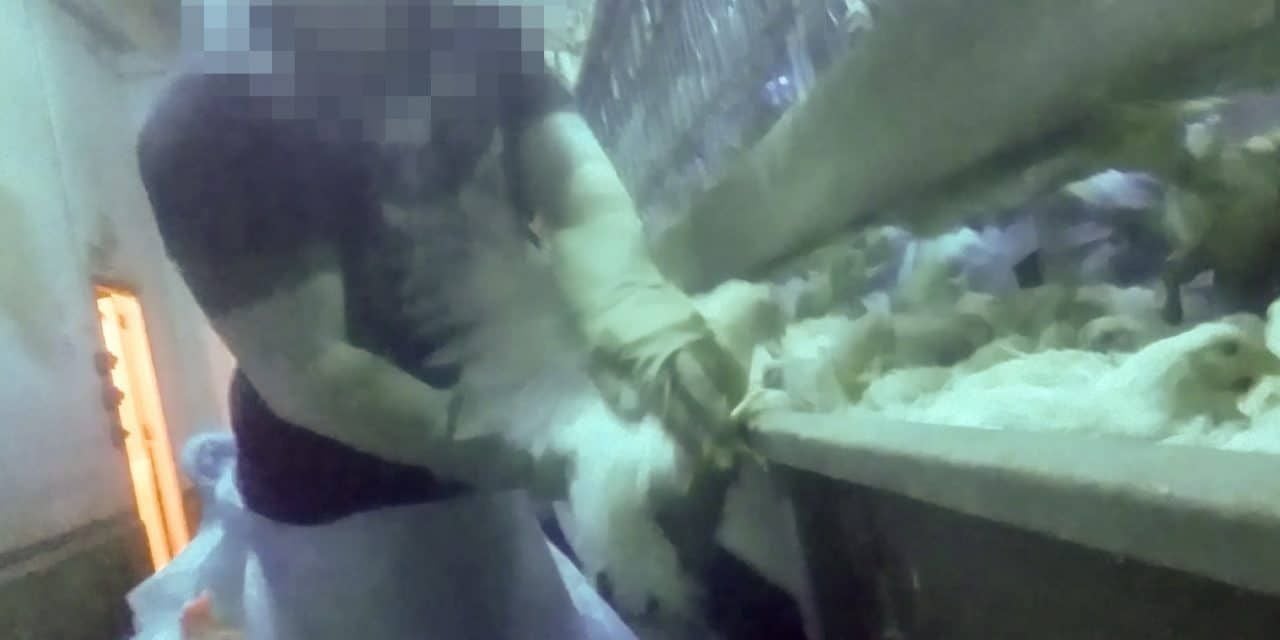 Earlier this year, an investigator from COK worked inside the high-speed facility, which slaughters birds at the astonishing rate of 175 per minute. In just one week, that can add up to over a million birds.

Typical modern facilities kill 140 birds per minute – an already unmanageable speed. Employees must rush to keep the birds moving down the kill line, despite the threats to their own safety and heightened risk of brutality to the chickens. COK’s undercover investigator suffered from hand injuries and crippling pain. To cope with the facility’s intense heat, workers often remove their shirts while operating heavy equipment, leaving them even more prone to harm.

Until last month, the USDA permitted 20 facilities to operate at a killing speed of 175 birds per minute, despite abuses such as the violent throwing and pushing of chickens down the line.

The undercover footage reveals that during equipment breakdowns, the birds are drowned slowly in electrified stun baths. “Red birds,” or chickens with blood seen under their skin — evidence that they had been scalded to death — were also captured on video.

The National Chicken Council has pushed for the USDA to remove all caps on line speeds. Although the request was denied, the agency has still granted waivers to four more plants.

The cruelty against chickens at factory farms does not start in the slaughterhouse. For the entirety of their lives, the birds endure filthy, crowded conditions and horrific abuse. They also suffer the painful effects of rapid growth, caused by hormones that cause them to grow unnaturally fast.

The unnecessary and unsafe increased line speeds at these facilities will force birds to endure suffering beyond the already-cruel standard practices.

You can add your voice to stop high-speed chicken slaughter by signing this petition. 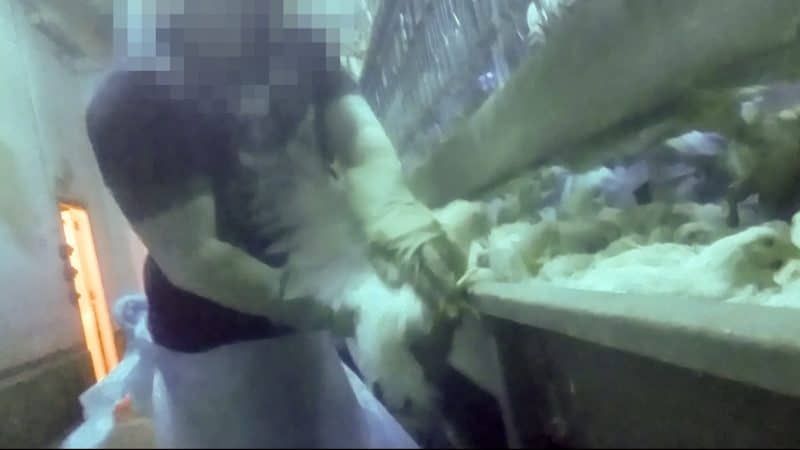