This Scientific Breakthrough Could Save the Northern White Rhino from Extinction

Home » News » This Scientific Breakthrough Could Save the Northern White Rhino from ExtinctionBy Carly Day | March 31, 2019 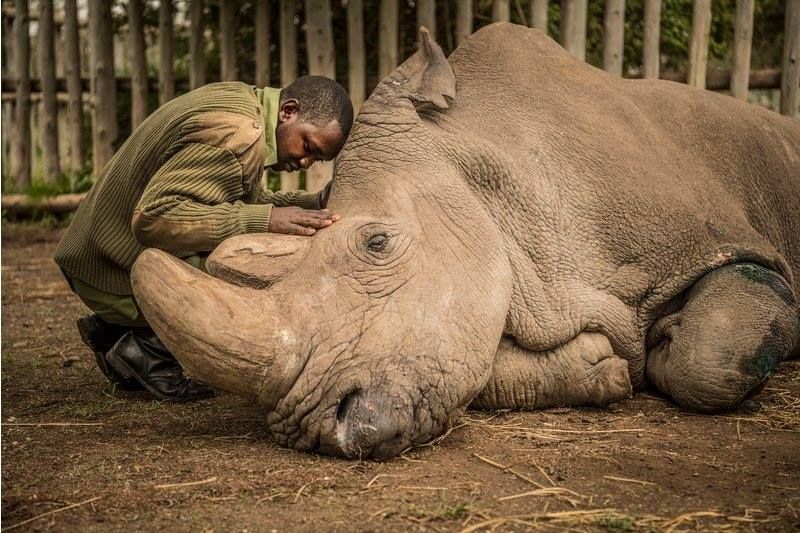 One year after the world’s last male northern white rhinoceros died, researchers continue to progress in their efforts to prevent the extinction of the subspecies.

The future of these animals may lie in a lab, as scientists innovate new IVF techniques never before tried on rhinos.

Only two female northern white rhinos remain. Najin and her daughter Fatu live at the Ol Pejeta Conservancy in Kenya, but tragically, neither is capable of reproducing naturally.

Using ovarian tissue from the females and stored semen collected from the males before they died, the team at the Rhino Fertility Project aim to fertilize eggs to create a pure northern white rhino embryo and implant it into a southern white rhino female – a closely related subspecies.

“With the death of the last male, Sudan, the northern white rhino has passed the point where it can be saved naturally and is a shade away from extinction,” said Dr. Suzannah Williams of the Rhino Fertility Project. “This will add yet another species to the list of those wiped out by humans. What is exciting about this research is that it could enable us to pull critically endangered species back from the brink by utilizing ovarian tissue from old or injured animals to produce offspring.”

Because the genetic material of the nearly extinct northern white rhino is so precious, Dr. Suzanna Williams and her team of researchers are first trialing the procedures using eggs from the southern white rhino.

They have already succeeded in creating the embryos and now hope to implant them into a surrogate and support her to carry the offspring to term.

Once they have achieved that milestone, they can repeat the process using the preserved genetic material of the northern white rhinos – a step they hope to reach within the next three years.

Northern white rhinos numbered around 500 in the 1970s, but as the demand for rhino horn grew, poachers all but wiped them out. By the end of the 1980s, there were only 15 left.

With increased protection, numbers rose to 32, but the poachers came back in force, nearly eradicating this incredible species.

As conservationists struggle to save animals from extinction in the face of increasingly dire odds, programs such as these may be the last hope for many endangered species. We hope that the world will one day witness the footsteps of baby northern white rhinos again, and that we will do a better job of protecting them in the future.