Lab Creates White Rhino Embryos to Save Species from Extinction 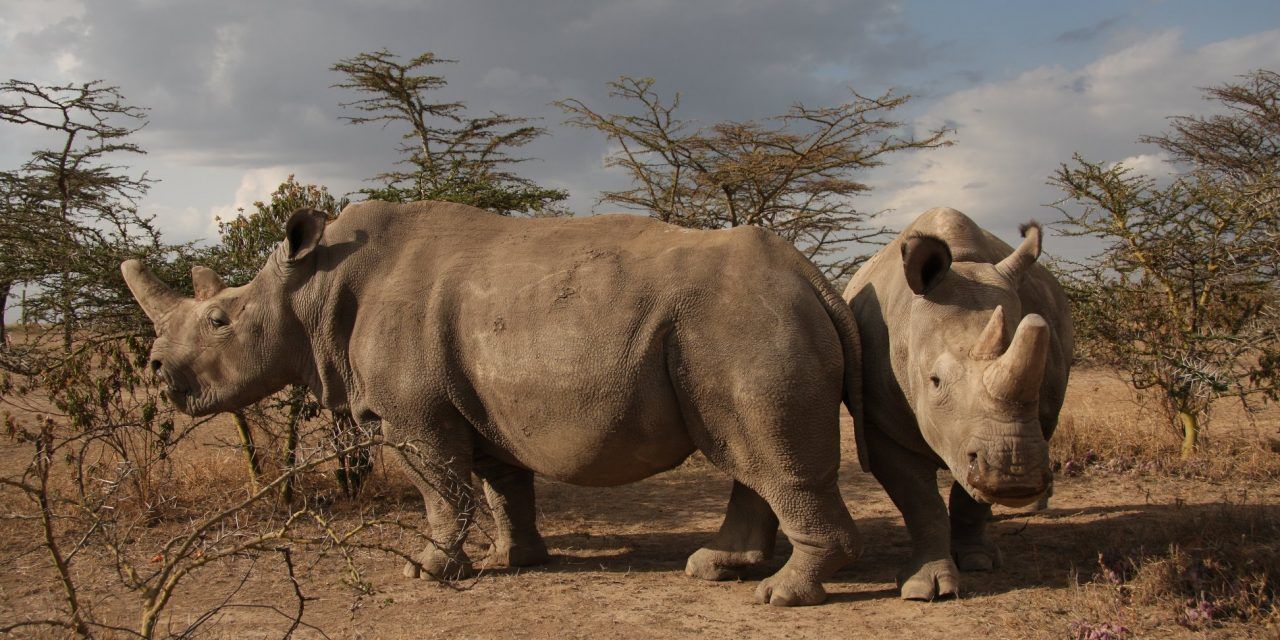 In a desperate effort to bring the northern white rhino subspecies back from the very edge of extinction, scientists in Berlin have successfully created the world’s first ever test tube rhino embryo, using DNA from deceased males.

There are only two female northern white rhinos left in the world and both are unable to reproduce. The last male of the subspecies, Sudan, died in March.

The team of researchers are in a race against time to perfect their assisted reproduction techniques (ART). This first step to success was achieved by injecting stored northern white rhino (NWR) sperm – which has been collected from three males over the years – into southern white rhino eggs – extracted from female rhinos in captivity.

Following the success of this first stage, the scientists have requested permission to take eggs from the last two NWR, Najin and Fatu, currently protected in the Ol Pejeta Conservancy in Kenya. They hope to complete this procedure by the end of the year.

Until then, the team will continue to refine their techniques, moving ahead to implant some of these now frozen embryos into southern white rhino surrogate mothers — they will follow the same procedure for any full NWR embryos in future. Once the offspring are born, they will be introduced to Najin and Fatu to socialize and grow up as part of a NWR herd.

“Our goal is to have in three years the first NWR calf born,” said Thomas Hildebrandt, head of reproduction management at the Leibniz Institute for Zoo and Wildlife Research in Berlin. “It is a motivating aspect to succeed as soon as possible so the calf that we produce can grow up with Najin and Fatu.”

Scientists and conservationists hope not to only save this subspecies from extinction, but also to release herds back into the wild in the future.

None of this is without extreme complications and challenges. The procedure to take eggs from Najin and Fatu will require them to undergo anesthesia — a risky  and somewhat terrifying proposition, considering they are the last two of this subspecies alive.

“We are highly afraid that something unexpected may happen during the procedure which is related to the heart or something else — that would be a nightmare,” said Hildebrandt.

Both Najin and Fatu are daughter and granddaughter of Sudan, leaving only sperm samples from two other males to use.  This means any population produced using this limited genetic material will be highly inbred. Researchers are looking at increasingly innovative methods to improve genetic diversity, such as using skin cells from unrelated white rhinos (already deceased) to make new sperm and eggs.

On top of all these challenges, the stored sperm they have available is in very limited amounts, and poor quality, with low motility rates.

Although fighting an uphill battle and facing grim odds, the technology developed during this process is still groundbreaking and could pave the way to save other highly endangered species in the future.