Home » News » Conservationists Resort to Chopping off Rhino’s Horns to Protect Them From PoachersBy Carly Day | May 24, 2018 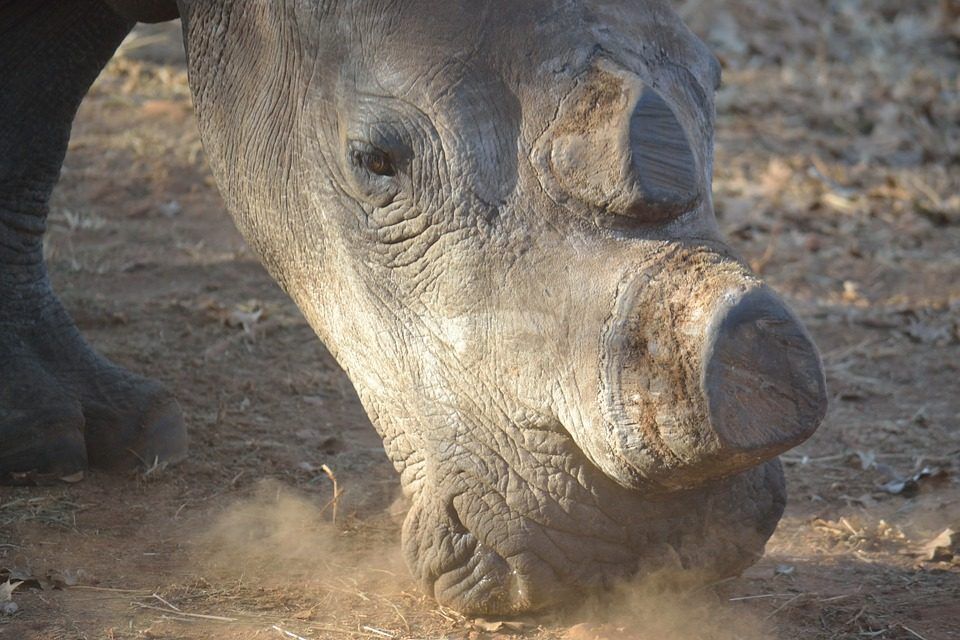 In a desperate attempt to stop the onslaught of rhino poaching that has brought many of these iconic animals to the brink of extinction, skilled professionals are chainsawing off their majestic horns to save their lives.

Rhino de-horning initiatives in private game reserves in the KwaZulu-Natal (KZN) province, South Africa, over the last three years seem to have been a successful deterrent to poachers, with a pronounced decrease in the number of rhino deaths due to poaching in these areas.

KZN province has the second largest population of wild rhino left in the world, with 3,200 individuals. It also holds the largest diversity of black and white rhino. This important population is heavily protected by guards, who often go so far as sleeping alongside the animals.

Historically, Kruger National Park suffered the most losses from rhino poaching; however, with increased security and protection programs in the park, poachers started looking for easier targets, moving their focus to the reserves in KZN.

The Hluhluwe-iMfolozi Park in KZN lost 116 rhino due to poaching in 2016 and 222 in 2017 – the most deaths ever recorded in this area. This is in stark contrast to private reserves that implement dehorning programs, who have seen a massive 98% drop in poaching over the same period.

From 2011 to 2016, 24% of poached rhinos were from private reserves such as KZN. In the last two years since dehorning started, these numbers have drastically decreased to an average 4.5%

Although removing the horns of rhinos may seem extreme, the measures taken by poachers are far less humane.

“So many times I get to a rhino carcass, only to realise that the animal was still alive while the poachers were hacking its horns,” said wildlife vet Dr Dave Cooper, who works for local conservation agency Ezemvelo KZN Wildlife. “I actually can’t begin to describe just how brutal the treatment is that many of these wounded rhinos have received at the hands of poachers.”

Over the years, conservationists have tried using several different deterrents to protect rhinos, including dying the horns bright pink or poisoning the horns; both methods didn’t prove successful in protecting the animals.

The dehorning procedure, although necessarily invasive, is not painful for the animal, but it is costly – helicopters must be used so experienced veterinarians can safely dart the rhinos to perform the dehorning procedure. Rhino horns are similar to human fingernails, growing continuously, so the procedure must be repeated every 18 – 24 months.

“I would rather see 200 dehorned rhino than one dead rhino with its horns savagely ripped off by poachers,” declared Mike Toft, one of the vets who removes the horns.

These procedures also offer researchers the chance to take DNA samples and place ear notches in younger rhinos, which helps with individual monitoring.

“This is not something we want to do. It is expensive and invasive but we believe it is a ‘necessary evil’ as a temporary measure,” said Chris Galliers, coordinator of Project Rhino’s dehorning project, in an interview with Times Live.

Although it’s heartbreaking that such drastic measures must be taken to protect rhinos, it is promising to know that these steps are working, and, until there is another way, at least these precious animals will continue to survive.