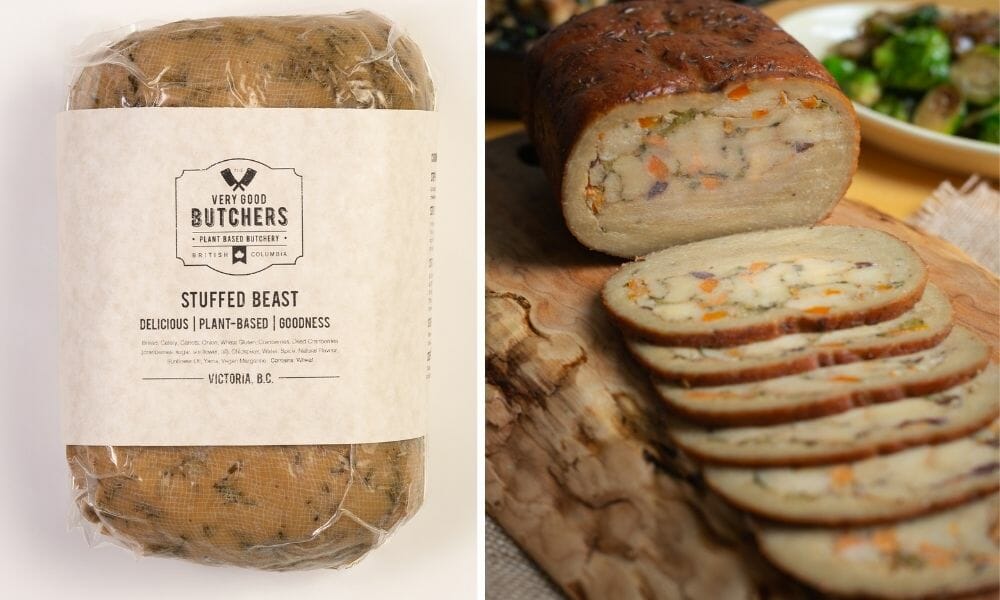 The “Stuffed Beast” is a new vegan sensation. The savory plant-based stuffing wrapped in a meatless roast has quickly become a hit substitute for classic, meat-laden holiday fare.

As the holiday season approaches, the Very Good Food Company announced record sales of the popular cruelty-free meal, according to a recent press release. Orders soared by nearly 6,000 units this year, exceeding over 8,000 units thus far.

Production is also booming. The Very Good Butchers’ newly upgraded facility in Victoria, British Columbia cooks up over 11,000 pounds of the Stuffed Beast every week.

The company was founded by “bean butchers” who sought to develop more nutritious and less processed meat alternatives.

Crafted with natural ingredients like sourdough bread, celery, carrots, onions, chickpeas, yams, and dried cranberries, the Stuffed Beast is described as “crispy, herby, and juicy.” One of these festive feasts feeds between five to seven people for around $30.

Holiday diners may have heaps of Stuffed Beast leftovers. The Very Good Butchers provide plenty of creative recipes to reuse their best-selling dish, including a plant-based harvest bowl and shepherd’s pie.

Supplies are limited, so the Stuffed Beast may sell out. The last day to order the fan-favorite food for Christmas delivery is December 1. Use the coupon code, “Pamela,” for a 10 percent discount through October.

Supporting animal advocacy, the Very Good Butchers is donating over one-quarter of its profits to the Pamela Anderson Foundation.