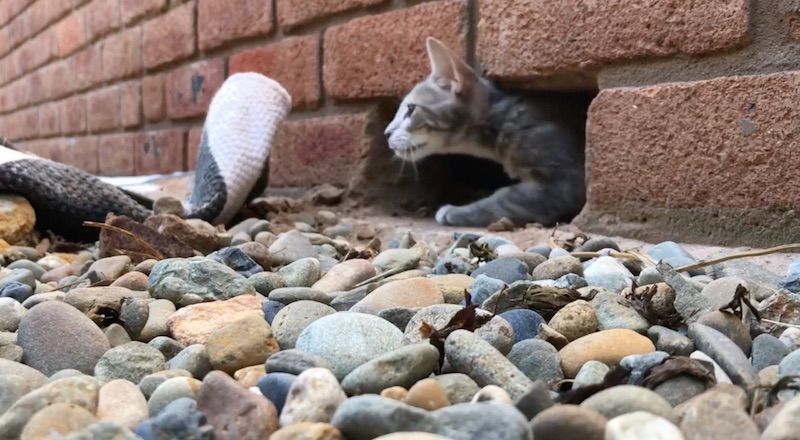 When an employee of Odd Job Geoff Handyman Services in Sydney learned of a young kitten who had become trapped behind a brick wall in Australia’s sweltering summer heat for three days, he immediately came to the rescue.

As posted on the company’s Facebook page, the man in the photos had admittedly never performed an odd job of this nature — but he was eager to free the kitten. Using a hammer and chisel, he gently loosened and removed a brick from the side of the house. 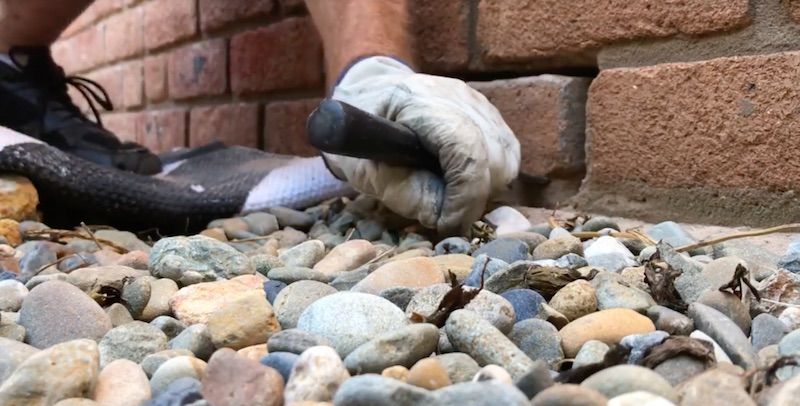 A few seconds later, the kitten emerged. The home repair company stated that she appeared to be in good health, according to Yahoo! News.

The kitten likely became stuck the same way many cats do – by trying to squeeze into a space that was too small for her. For the next three excruciatingly hot days, the homeowner was able to get small helpings of food and water to the kitten — but it took a professional to finally get her out.

Thank you, kind handyman, for saving this kitty’s life!