VIDEO: Resourceful Cops Use Tape and A Blanket to Save Kitten Stuck in Tree

Home » Animals » VIDEO: Resourceful Cops Use Tape and A Blanket to Save Kitten Stuck in TreeBy Katie Valentine | February 12, 2019

Last Friday, officers Devin Trotti and Randy Stallard of Lufkin, Texas reported to the scene of a distressed kitten trapped 30 feet high in a tree. By the time they arrived, the kitten’s sibling had already fallen out of the tree and tragically passed away.

Using some crime scene tape and a blanket that was in their cruiser, the men worked together to ensure a safe landing for the terrified animal. The kitten fell softly onto the blanket after one of the officers shook the tree using the roll of crime scene tape, and the police seemed just as relieved as the cat that the ordeal was over.

“Trotti,” as the kitten has been named after one of his rescuers, is now at Kurth Memorial Animal Shelter, where he awaits his forever family. 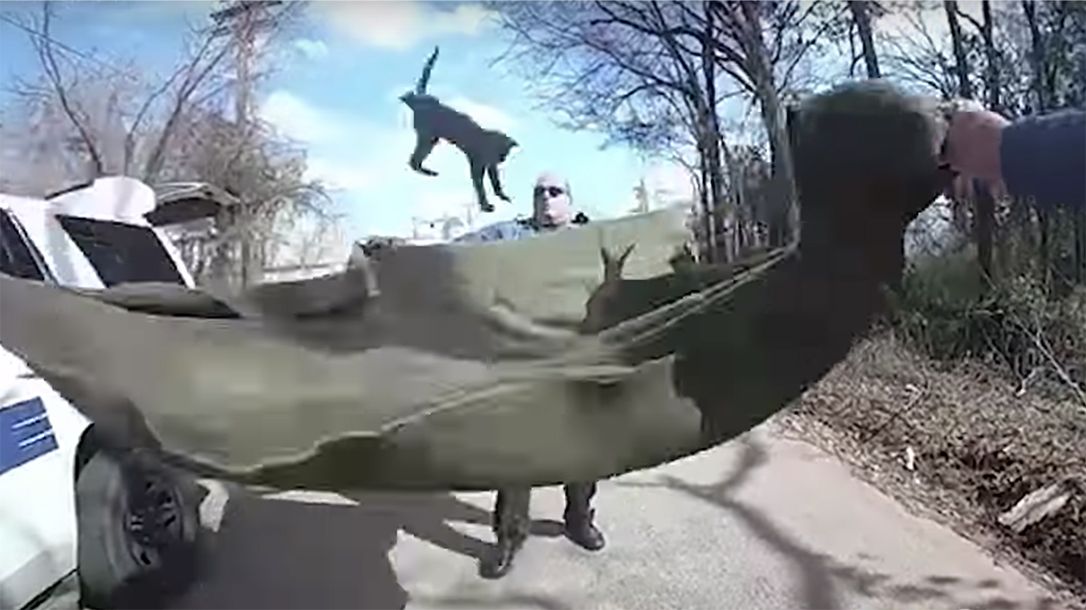