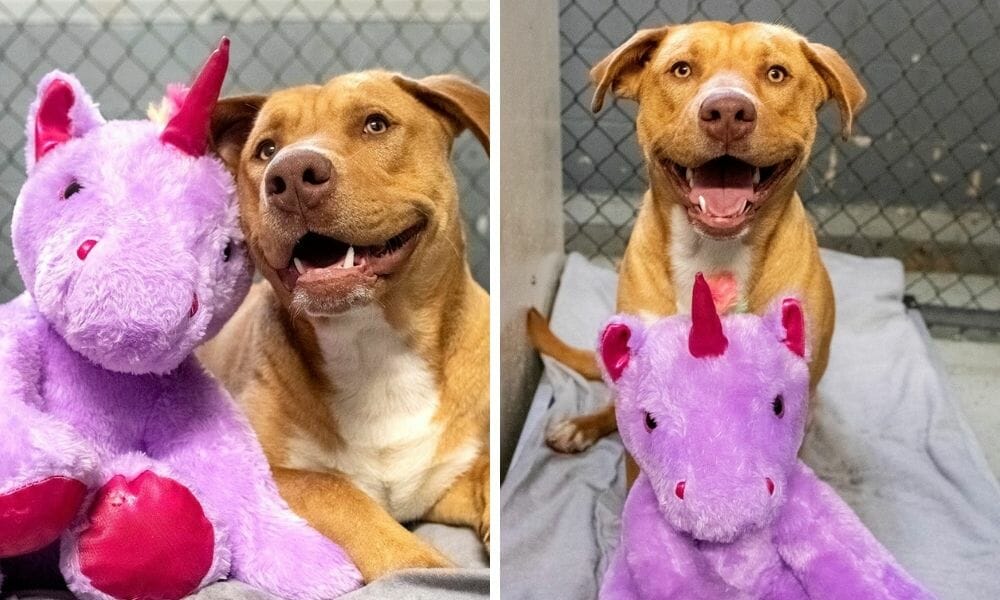 A stray Labrador mix who repeatedly snuck into a Dollar General in Kenansville, N.C., to steal a favorite stuffed unicorn has now found a forever home willing to accommodate him — and his toy.

Employees called animal control for help with the persistent canine, who entered the store whenever a customer left and  headed straight for the toy aisle.

“He went straight for the unicorn, the same one every time,” Duplin County Animal Services Supervisor Joe Newburn told People. “It was so strange, one of the strangest calls I’ve ever dealt with.”

The dog left willingly with responding officer Samantha Lane — once she had bought him the $10 purple unicorn — and went to a county shelter, where employees named him Sisu after a character in the new Disney movie Raya and the Last Dragon.

“The only thing we can think is that he came from a home where he had a similar stuffed animal or kids in the home did,” Newburn said. “It’s so sweet. It’s amazing. I mean, he’s obviously super smart, and even when we got him to the animal shelter, he’s been very obedient. He sits, shakes. Someone should be looking for him.”

The pup stayed at the shelter while staff waited to see if someone would claim him. Nobody did. Staff matched Sisu with a new pet parent and relocated him — and his unicorn– to his forever home.

“We are glad to see Sisu is happy with his new toy!” she said.