Star Athletes Speak Out Against High-Speed Slaughter of Pigs 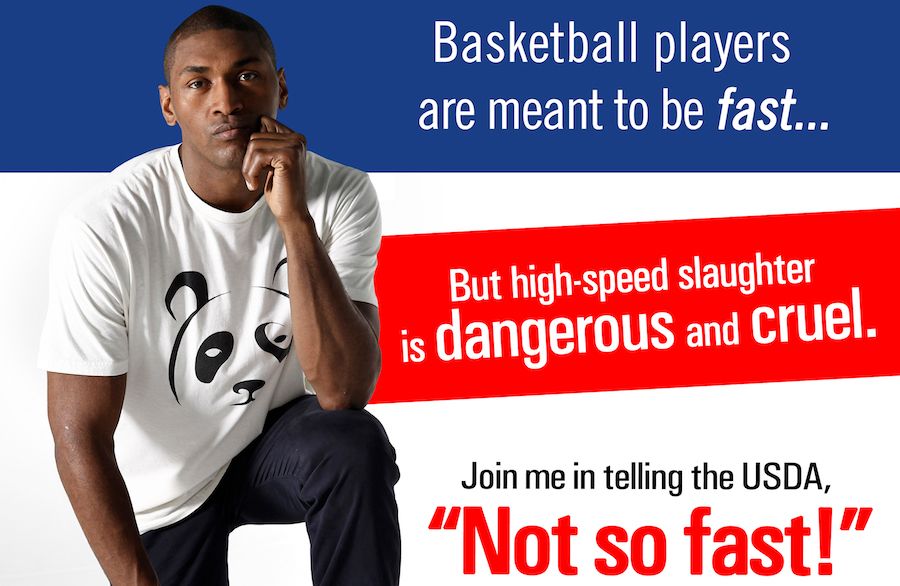 Famous athletes are joining forces with Compassion Over Killing (COK) for the “Not So Fast, USDA” campaign to stop the cruel and dangerous high-speed slaughter of pigs.

Proposed rule changes could enable pig farms to speed up the slaughter of animals while reducing the number of trained government inspectors, shifting oversight to the industry itself. 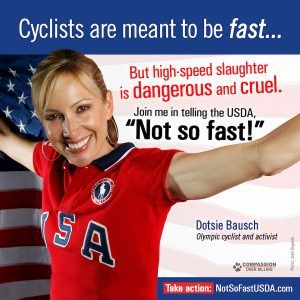 “Compassion Over Killing is excited to pass the ball to these renowned athletes who are energizing our team effort to champion animals, workers, and consumers by opposing the USDA’s dangerous NSIS program,” said Erica Meier, COK’s Executive Director.

There are many problems with the high-speed method: workers are pressed to keep up with the rapid kill rate of up to 1300 pigs per hour – a mind-blowing 21 pigs per minute – and use physical violence to move pigs through the chutes more quickly.

In 2016, 60 members of Congress penned a letter to the USDA expressing their concerns.

The letter stated that “the available evidence suggests the hog HIMP will undermine food safety…rapid line speeds present some of the greatest risks of inhumane treatment as workers are often pressured to take violent shortcuts to keep up. We are concerned that these new rules are being pushed by the industry to increase profits at the expense of public health.”

Lady Freethinker has regularly reported on this issue, writing about the horrific observations by Scott David, an investigator for COK who went undercover at a high-speed plant and saw unimaginable cruelty. We are proud to be part of a coalition of 35 organizations actively opposing high-speed slaughter, including animal rights organizations, workers’ rights groups, and environmental and consumer protection organizations.

Members of the public have until May 2nd, 2018 to comment on the proposal, which is called the “Modernization of Swine Slaughter Inspection.”

We encourage you to make your voice heard by commenting, and urge you to join the 255,000 people who have already signed the petition against the proposal.

“As a society, we need to draw the line and put safety, common sense and compassion ahead of corporate profits,” said Metta World Peace. “The modernization of our food safety systems should NOT come at the expense of public health, worker safety, or animal welfare.”