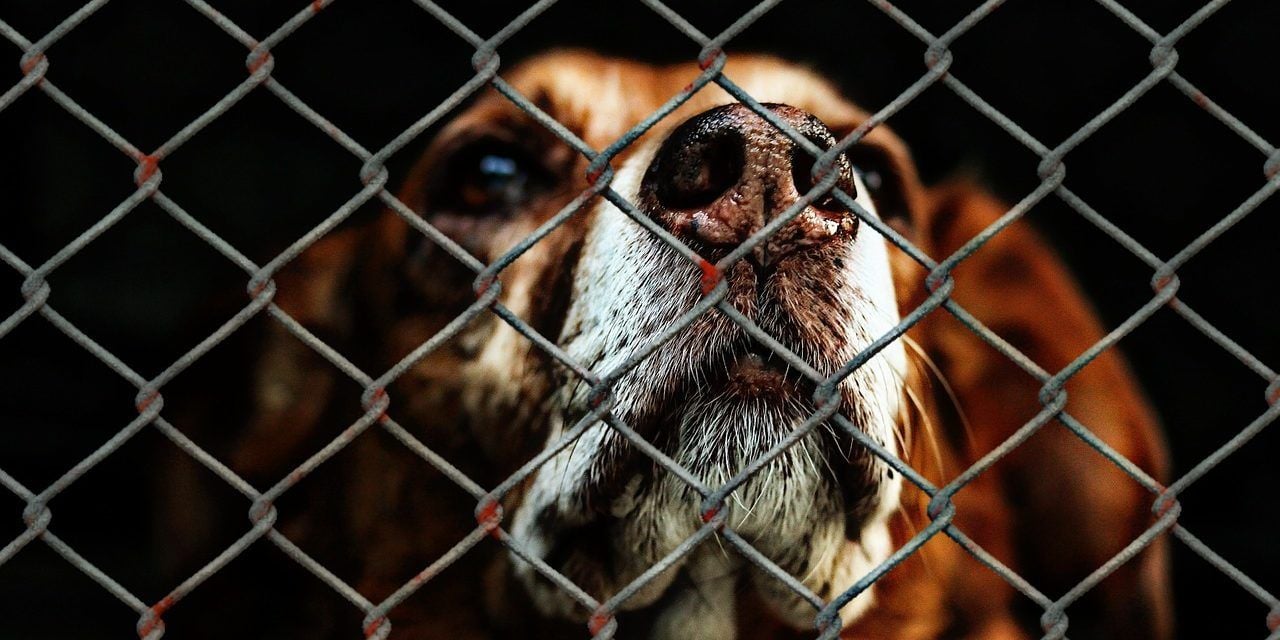 Dog in an animal shelter. Picture by Alexas_Fotos via Pixabay, CC0

In an incredible case of greed and cruelty, Carmen Marín Aguilar, founder and ex-president of an animal shelter in Málaga, Spain, has been found guilty of incorrectly and illegally euthanizing, and ultimately killing, over 2,000 healthy cats and dogs for financial gain. She and her accomplice, Felipe Barco Gómez, have been ordered to serve time in jail and pay a number of fines.

An investigation into non-profit animal shelter Torremolinos’ Animal Park revealed that between 2008 and 2010, Marín Aguilar and Felipe Barco Gómez illegally administered low doses of a euthanization drug, Dolethal, to at least 2,183 cats and dogs.

“In almost half of Spanish homes, we live with dogs and cats. These dogs and cats aren’t just things, they are our family, our friends,” said Citizens’ Councilor Ángeles Vergara Follana, speaking before the local government to support further investigation into the case. “Every time we read in some form of communication an article about Animal Park, it’s been like reading a horror novel in chapters, one of those horror novels that stays etched in the mind and later appears in our worst nightmares.”

Vergara Follana was not exaggerating. The grizzly case came to light in November 2010 after three inspections revealed the unsettling actions and a veterinarian at the shelter came forward, claiming that Marín Aguilar ordered the animal executions.

The judge described the unnecessary deaths as “massive.” The investigation uncovered 2,183 cats and dogs, but the judge pointed out there could have been more, and that the true number was “indeterminate.” Marín Aguilar is not a veterinarian and was never trained how to administer injections to euthanize any animal. Still, she took it upon herself to kill many of the animals in her shelter.

The Spanish paper El País reports that Marín Aguilar purposefully gave the animals a low dose of Dolethal, which caused a “slow” and “painful and prolonged” death, as the judge wrote in the sentencing. The judge went on to explain that Marín Aguilar and Barco Gómez knew that they were causing the animals pain and suffering because of the “screams, howls or meows,” which they covered up by murdering the animals very early in the morning, turning off the cameras in the shelter, and blasting music over the megaphones.

Marín Aguilar didn’t just cause the animals suffering by giving them low doses of the drug; she also administered it incorrectly. Normally, veterinarians euthanize animals by injecting the dose directly into a vein. Marín Aguilar, however, injected the animals in their muscles.

Why would anyone do such a horrific and cruel thing? According to the courts, Marín Aguilar was motivated by financial reasons.

Routinely killing the animals allowed her to create more space to take in more animals. According to El País, she charged €60 for each adult dog, €45 for a puppy, and €25 or €30 for a cat. Marín Aguilar earned significant amounts of money through the killing of thousands of animals, and by stealing from the non-profit shelter. It’s estimated that she spent nearly a million dollars on things completely unrelated to the shelter, including international travel, high class hotels, and spa treatments.

The sentencing shows that Marín Aguilar did not discriminate between animals or based on age, or the amount of time they had been at the shelter. There was evidence that she even killed two healthy puppies the same day they were surrendered to Animal Park.

According to initial reporting by El País, Marín Aguilar claimed she was innocent, saying she had a “phobia” of injections and that she was “an animal lover.” The evidence against her, however, was quite clear. Aside from testimony from veterinarians at the shelter and the inspections, the shelter was purchasing 25 times more of the euthanasia drug that a normal veterinary clinic would consume given the time frame.

Marín Aguilar was originally tried and condemned by the Audiencia Provincial de Málaga on January 14th. After further investigation into Marín Aguilar’s actions in October, the 14th Penal Court of Málaga has now ordered her to begin her sentence.

According to a local news site, Málaga Hoy, she was found guilty of various counts and received sentences and/or penalties for each:

Thankfully, Spain is moving in the right direction, but more work needs to be done. Only one year of Marín Aguilar’s sentence is for animal cruelty; the rest of her time will be served for falsification of documents and administering the euthanasia drugs without proper certification. Given just how many healthy animals she needlessly killed and tortured, a one-year sentence for mistreatment seems light.

Still, many countries are realizing the need for stricter punishments. England just increased animal cruelty sentences tenfold, so perpetrators may spend up to five years in prison. Seeing cases like Marín Aguilar’s, hopefully Spanish citizens will realize tougher sentences are necessary in their country, as well.