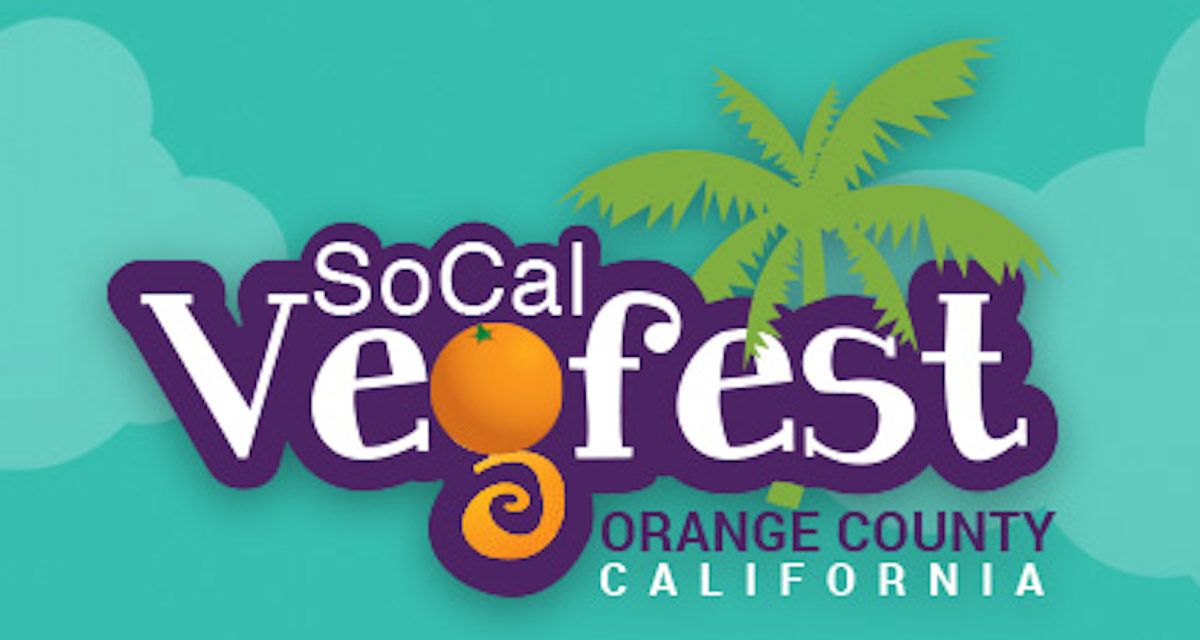 All-vegan festival SoCal VegFest is scheduled for this weekend — October 29 and 30, 2016 — in Costa Mesa, California. The event is expected to gather more than 15,000 participants, and will feature more than 70 vegan food vendors along with a full lineup of animal-approved activities.

Organized by volunteers of the non-profit Animal Protection and Rescue League (APRL), VegFest aims to inspire guests to commit to environmentally friendly and compassionate life choices every day.

“SoCal VegFest was created to celebrate life!” said Event Director Lauren McManus in an interview with Lady Freethinker. “Life in all forms – healthy conscious living for our communities, our fellow animal Earthlings, and this glorious planet we call home.”

“The plant-based diet is a win-win-win: it is better for our health, the planet, and the animals – and it bursts with flavor and creativity,” said McManus. “We are witnessing a shocking rise in fatalities for those suffering from diabetes, cancer, and heart disease – health conditions that can be alleviated if not cured by opting for a diet centered around vegetables, legumes, and fruit, while forgoing meat, eggs, and dairy.”

“Former President Bill Clinton, who has undergone an emergency quadruple bypass surgery, has been featured in several media interviews for reversing his heart disease by switching to a vegan diet,” she added. “And it’s been proven by stellar athletes like Olympian gold medalist Carl Lewis and Kendrick Farris – the only weightlifter to represent the US in the 2016 Rio Olympics – that strength can only be enhanced by going veg.”

It’s better for the planet, too.

“The less reliant we are on animal agriculture, the more resources we can route to people in need and crops that can feed more people,” said McManus. “Not to mention the cruelty inflicted on animals throughout the process of farming them for meat – animals are confined, abused, and deprived of the natural progression of birth and death. Choose kindness, choose veg.”

While plant-based diets are becoming more popular, it is not always easy to change eating habits. But with more meatless options in stores and restaurants than ever before, it’s certainly not as difficult as it used to be. For those who haven’t dipped their toes into the vegan lifestyle yet, McManus recommends giving it a shot.

“There’s never been a more perfect time to try out vegan foods!” she said.

And regardless of one’s personal choices, the festival provides plenty of insight into the growing world of veganism.

“We invite you to bring friends and family to SoCal VegFest and see what it’s all about – parking and admission are free! It’s always good to be informed, and the VegFest will be great for gathering information, resources, and a belly full of happy eating.”