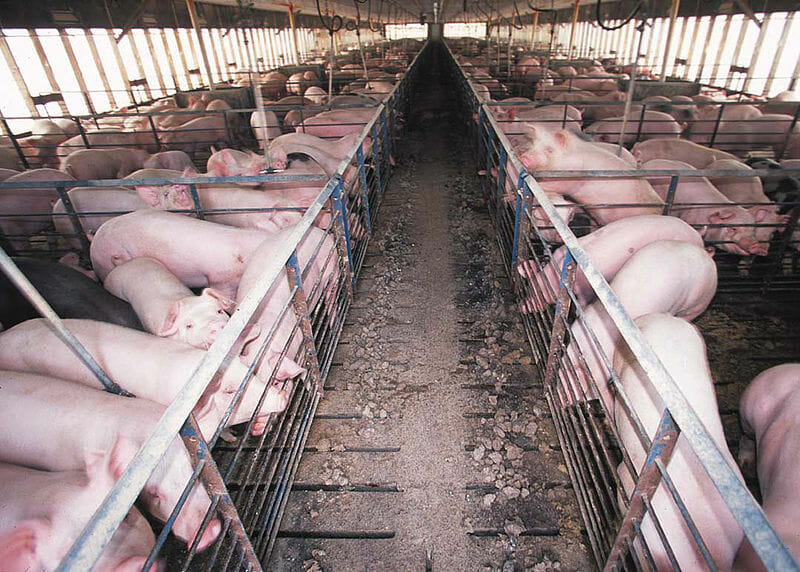 A recent coronavirus outbreak at one of Smithfield Foods’ pork factories in Sioux Falls, S.D. has prompted the closure of the facility, causing widespread concern about the safety and welfare of industrial food employees.

Over 900 confirmed COVID-19 cases have been linked to the factory — nearly half of South Dakota’s total instances — making it the country’s largest coronavirus hot spot last week. The factory’s employees, who are from all around the globe and rely on their jobs for financial stability, are now grappling with both sudden unemployment and a highly increased risk of disease.

Unsanitary working conditions were likely a major contributor to the disease’s rapid spread throughout the facility, safety groups claim.

“You are asked to wear a mask and social distance when you’re outside of the workplace,” the director of the National Employment Law Project’s worker health and safety program Debbie Berkowitz told The Hill. “But when you’re in the workplace, the employers can require you to work shoulder to shoulder with other workers, [and] pile into break rooms.”

Advocates and union leaders are also accusing Smithfield Foods of waiting too long to act in the interest of workers’ safety, instead focusing disproportionately on productivity. By the time the factory implemented heightened safety protocols, it was too late to prevent the virus from spreading.

For the hundreds of employees who regularly worked double shifts and relied on overtime pay to support their families, the pay they’re receiving after the indefinite closure probably isn’t enough to make rent and pay grocery bills.

Despite this tragedy, Smithfield Foods and government officials are considering reopening the plant.

“We’re working closely with the plant to make sure it’s an environment that’s safe for the employees,” said Gov. Kristi Noem, “and also, we’re doing it in a time frame to help our ag producers who are looking to market their hogs.”

This story reminds us that we must remember to put the lives of people and animals before profit.