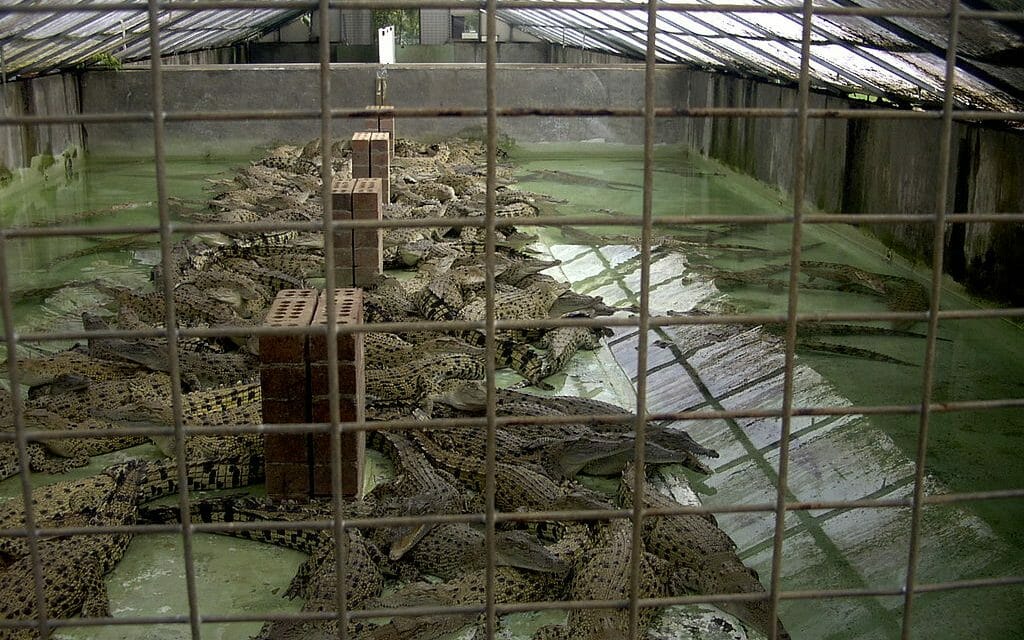 Each year, thousands of crocodiles are senselessly and gruesomely slaughtered for “luxury” handbags and shoes, enduring brutal conditions at farms prior to their slow, painful deaths.

And many more are set to needlessly suffer and die if French fashion company Hermès International gets its way. The company recently announced plans to open an additional crocodile farm that will house up to 50,000 crocodiles each year.

Hermès has shown blatant disregard for animal welfare in the past. More than 500 crocodiles at farms in Texas and Zimbabwe wallowed in dark, sunless pools of foul-smelling water and crowded concrete pits before getting shot repeatedly with captive bolt guns or cut into while still conscious and left to bleed out, one People for the Ethical Treatment of Animals (PETA) investigation found.

The reptiles’ skins went to Hermès, which touts its stringent “animal welfare” policy. They did not deny the findings of the investigation.

The company already owns three crocodile farms and two hide processing and inspection sites in Australia, the country that accounts for about 60 percent of the global trade in saltwater crocodile skins.

The company’s announcement comes at a time when dozens of other major fashion moguls are moving away from using animal skins or furs in their products.

The grisly skinning of crocodiles for “luxury” items must stop.

Sign this petition urging Hermès’ executive and artistic committee leaders to abandon their plan for an additional crocodile farm and instead join the growing number of high-end companies who have committed to cruelty-free fashion.