SIGN: Pass the Captive Primate Safety Act to Save Monkeys from Misery as ‘Pets’ 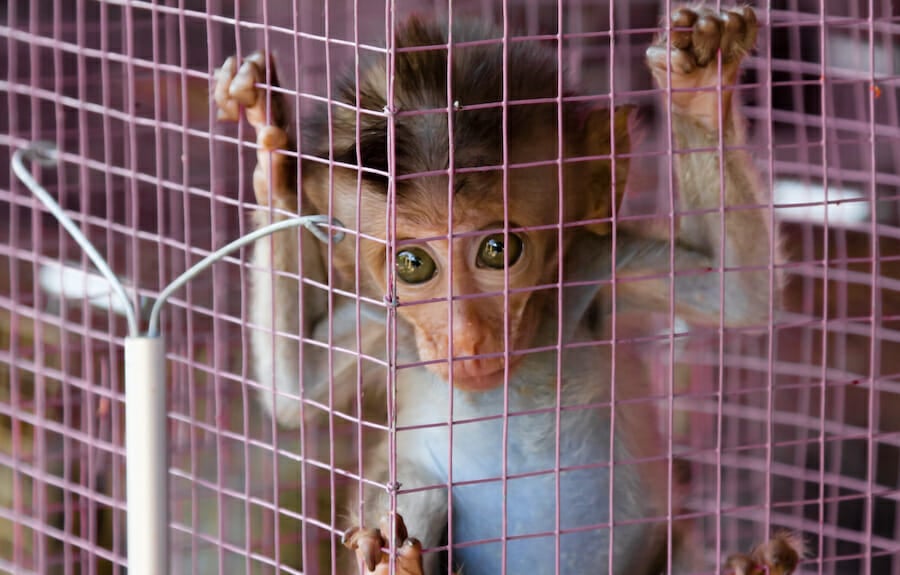 Right now, thousands of “pet” primates in the United States are suffering. Held captive by humans, these social, intelligent, and emotionally complex animals become depressed, aggressive, or diseased with no hope of a natural life.

In the primate pet trade, babies are ripped away from their mothers, who may be forced to breed over and over again by unscrupulous dealers.

All primate species – from tiny monkeys to larger apes, such as chimpanzees — are unsuited to life away from their own kind. And when they’re no longer cute and compliant, their guardians will often confine them to tiny cages where they’re more easily controlled, or may sell the animals or attempt to rehome them in overcrowded sanctuaries. But the animals will never lead normal lives, and are forever psychologically damaged.

While some states have primate pet bans in place, there is no federal law.

The Captive Primate Safety Act (CPSA) aims to address this by banning the sale or purchase of nonhuman primates for the exotic pet trade, both from foreign countries and across state lines.

Speak out to help stop cruelty to monkeys and apes!

Sign this petition to urge House and Senate leaders to pass CPSA, saving innocent primates from lives of deprivation and suffering.