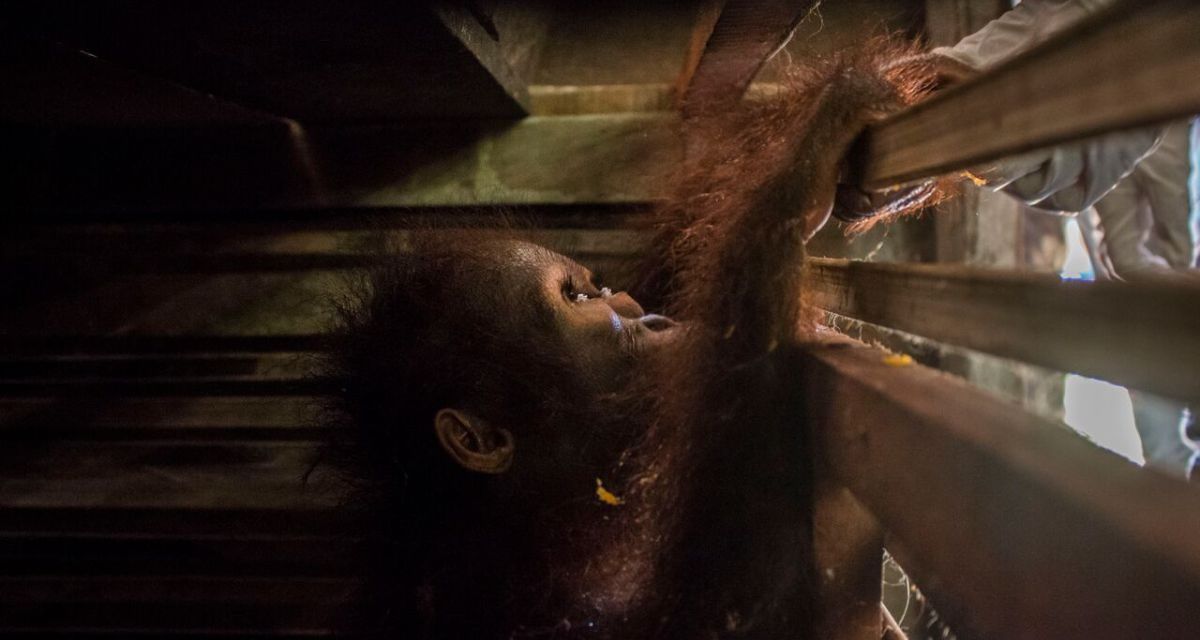 A little baby orangutan was recently rescued from the most horrific conditions. This sweet little darling is named Uka, and he is estimated to be about two years old. This baby was snatched from the wild forests of Borneo, his mother most certainly killed in the process. Since mother orangutans are very protective of their young, the mom would never have abandoned her baby willingly.

Uka was being kept illegally as a pet in a small, dark, filthy crate. He was living in this tiny wooden cage filled with rotten fruit, feces, and urine-soaked rags. Luckily, someone alerted the authorities and International Animal Rescue was called in to save this little darling.

When the IAR team arrived on the scene, they could immediately see that the little orangutan’s life was filled with sadness and despair. Uka was completely still and appeared lifeless, in spite of all the commotion surrounding the rescue team’s arrival. He was struggling to breathe and appeared to be suffering from a respiratory infection. The little baby primate had a runny nose and watery eyes. IAR vet Elisabeth gave Uka much-needed fluids and a medical check to ensure he was fit enough to travel before he was transported to the Orangutan Rehabilitation Centre in Ketapang.

Tiny little Uka is now safe and sound at the rescue center, but his troubles are far from over. It appears that this little sweetheart is suffering from a flu virus which he may have caught from the human beings who were keeping him as a pet. Since humans share 97% of our DNA with orangutans, a lot of common viruses can get passed on to these animals and they are very susceptible to human diseases. If Uka hadn’t been rescued in time, his condition could have deteriorated rapidly and he most likely would have died a very tragic death. 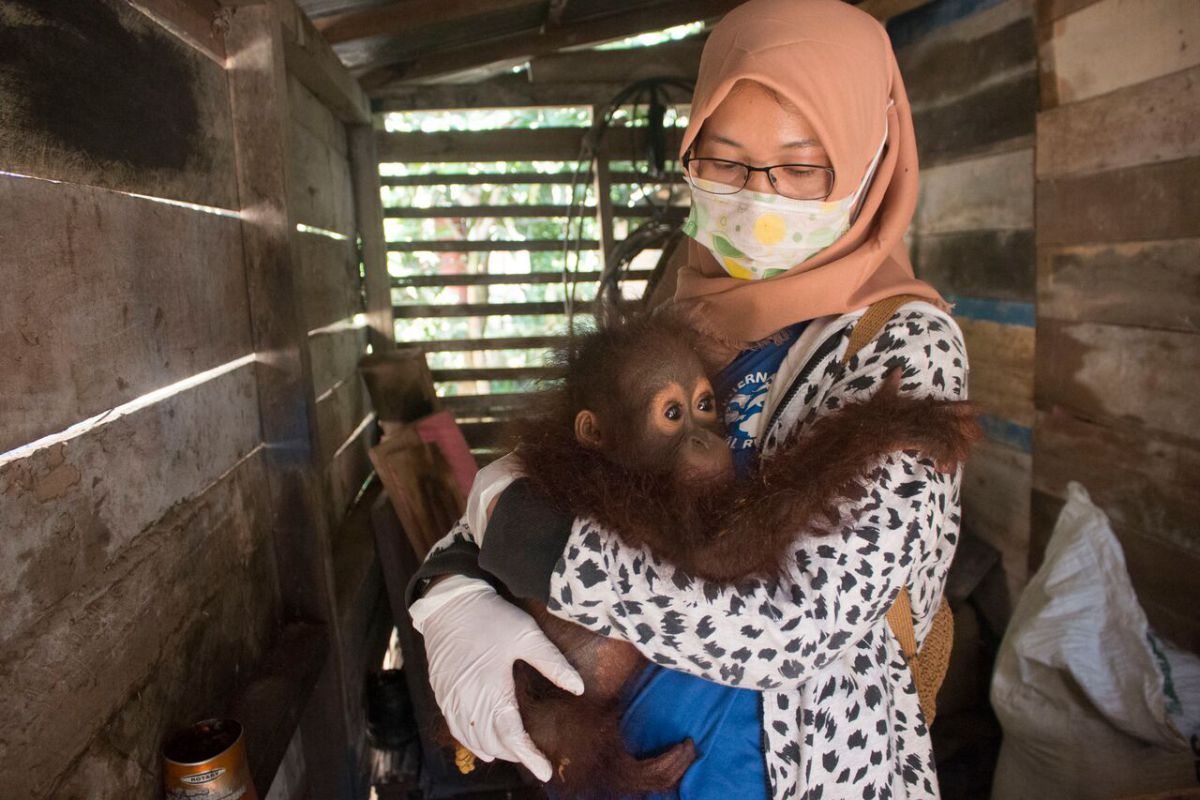 Little Uka is now in quarantine, and receiving urgent medical treatment and nutritious food to restore his strength. But he is not out of the woods yet; it will take a lot of work to help him recover from all of the trauma, abuse, and neglect that he has suffered. Once this precious baby is rehabilitated, he will hopefully be able to be released back into the wild.

“The condition of little Uka illustrates just one of the many reasons why people should not keep orangutans as pets,” said Alan Knight, IAR Chief Executive. “Young primates are extremely susceptible to human diseases. First they suffer the trauma of losing their mothers and being taken out of their natural environment which is very stressful for them.”

It’s important to remember that the orangutans’ native habitat throughout Asia is being destroyed and replaced with palm oil plantations. It is because of this that many adult orangutans, such as Uka’s mother, are killed and their babies sold into the exotic pet trade. Palm oil is a common ingredient in most popular snack foods, and is a prevalent reason for human-orangutan conflict.