SIGN: Justice for Tiger Brutally Punched in the Face by Poacher 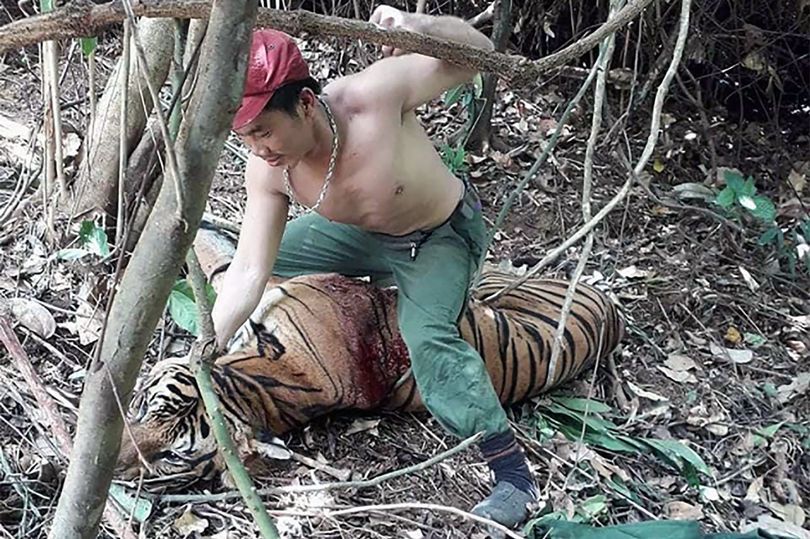 Thai authorities have arrested two poachers and are on the hunt for more after discovering a shocking photo documenting an illegal tiger kill.

The image shows a man straddling a tiger as the animal lies helplessly on the ground covered in blood. One hand is around the animal’s throat, the other is raised in a fist behind the man’s shoulder — as if he is about to viciously punch the head of this majestic big cat.

It is unclear if the tiger was already dead when this photo was taken, but after a three-month investigation, Thai police uncovered a wildlife trafficking organization that was responsible for the deaths of many more animals.

The poaching gang — originating in Vietnam — has been operating across Thailand, Malaysia and possibly Myanmar, slaughtering these critically endangered big cats and selling them on the black market. Most are destined for use in traditional Chinese health remedies.

According to the Freeland Foundation, a Thai organization working to stop poaching, Thai authorities are still searching for the man in the photo, along with the masterminds behind the poaching organization.

Sign this petition urging Thai wildlife officials to use all possible resources to hunt down these men and seek justice for every animal slaughtered at their hands — before any more have to suffer and die.